The suburbs (growth outside the walls of historic city centres) are often characterized by high density and precarious urban development. These tactical growths arose spontaneously, out of the mere need of the inhabitants who settled beyond the city walls.

In the modern urban developments, the aim was to dissociate themselves from this type of uncontrolled growth, using strategies that would give more scope to the new districts of the city.

In the economic situation in which we find ourselves today, it makes no sense to continue proposing large-scale growth in Mediterranean cities. The objective would be to look for possible internal growth and invest in improving those areas of the city where there is still room for it. The suburbs are an ideal candidate for continuing the development of the city, as they are the link between the centre and the new urban developments. The suburbs have an urban scale close to the historic centre, but lack quality public spaces. Providing these spaces to the suburbs would expand the historic centre.

We take the suburb of San Felipe Neri, in Malaga, as an example of the area that separates the historical centre from the new urban developments. The empty plots that arise after the demolition of buildings in poor condition can be used as a basis for action.

The proposed intervention is not part of a static urban fabric, but rather of a development that is constantly changing, adapting concepts of social and economic evolution. This programme, therefore, will mutate over time at the same rate as the demands of the city mutate.

With the new approach, a basis is established on which constant updates will be written, always maintaining a solid infrastructure that articulates all the extensions of the development plan.

On an administrative level, it involves the creation of a public office dedicated to this revision of the regulations and each decision will be taken from this office, which will evaluate the possible impact on the whole of each of the extensions, always with the aim of highlighting the local character of the city.

To promote the new growth, a new model of urban development is proposed, in which the city council becomes the first entity to intervene, carrying out the following actions:

-Conditioning of the land.

-Construction of a wall-square with a public programme.

-Creation of a public entity to manage public spaces and real estate developments.

The city council becomes at this moment, through its managing entity, the administrator of the commercial and real estate activities that are going to happen in the new urban plan.

The traditional figure of the developer comes later, once the area has been reactivated and the council gives its approval to start the next phase.

Inspired by the typology of the Mediterranean patio and based on the gaps (places of opportunity), the squares are articulated, whose function becomes more complex with the passage of time. In the first stage, the square is used for public purposes by the inhabitants of the neighbourhood.

In a later stadium the square unfolds its full potential, as it acts as a structural base to facilitate the construction of a lightweight superior structural order, a container for private use. The plinth is built and managed by public funds. The public administration is thus positioned at an intermediate point between the functions that

The baseboard is composed of the foundation, floor, provision and connection of facilities to the public network.

The execution of these elements would be carried out by minor trades that would be contracted by the owner of the dwelling.

The private programs are built on the Plinths-Places, relying on the structure already created and the facilities.

This construction is managed by the public office of the city council. The City Council is the owner of the site, granting operating licenses of variable duration depending on the type of use. So the same location can be used for different purposes at different times. The council is thus free to reconfigure the urban planning.

Linked to the baseboards, the municipal body is building some installation nuclei, which provide services for public use in the first design phase, and which will also serve as installation nuclei for later constructions. These nuclei are susceptible to being increased or multiplied.

An expanded and improved version of the existing ventilation courtyards, the superpatios function as a separation between shared space (common space) and private space (individual apartments). They occasionally open up to the street for access points. 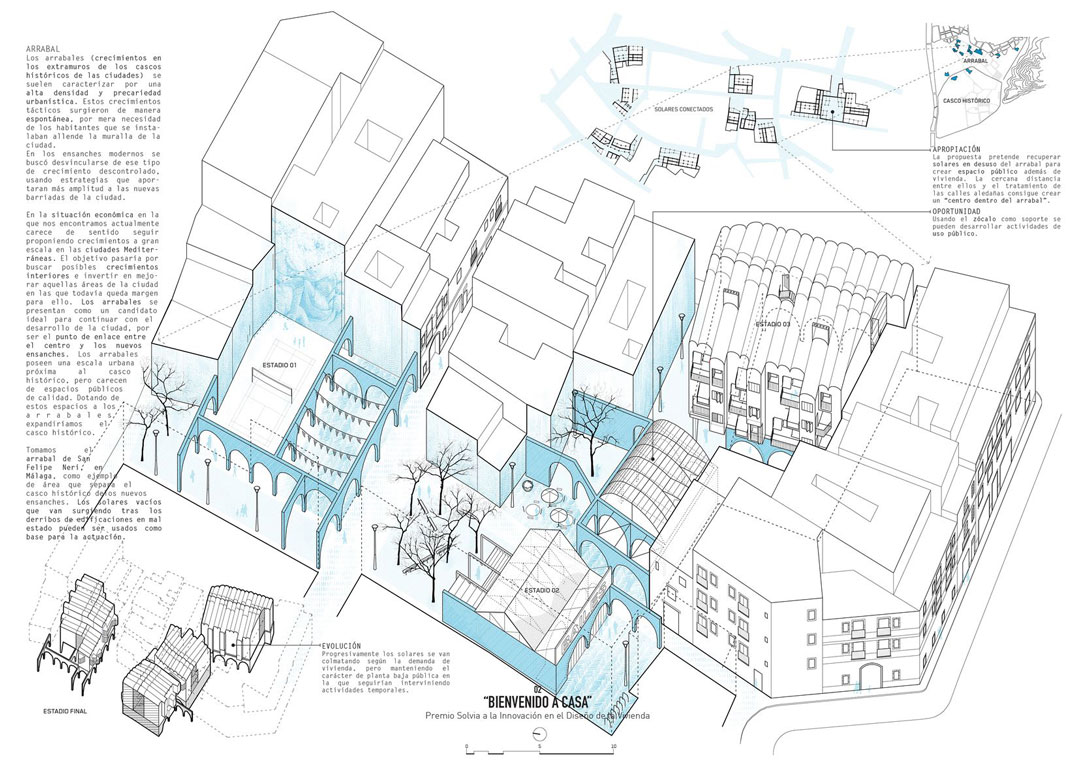 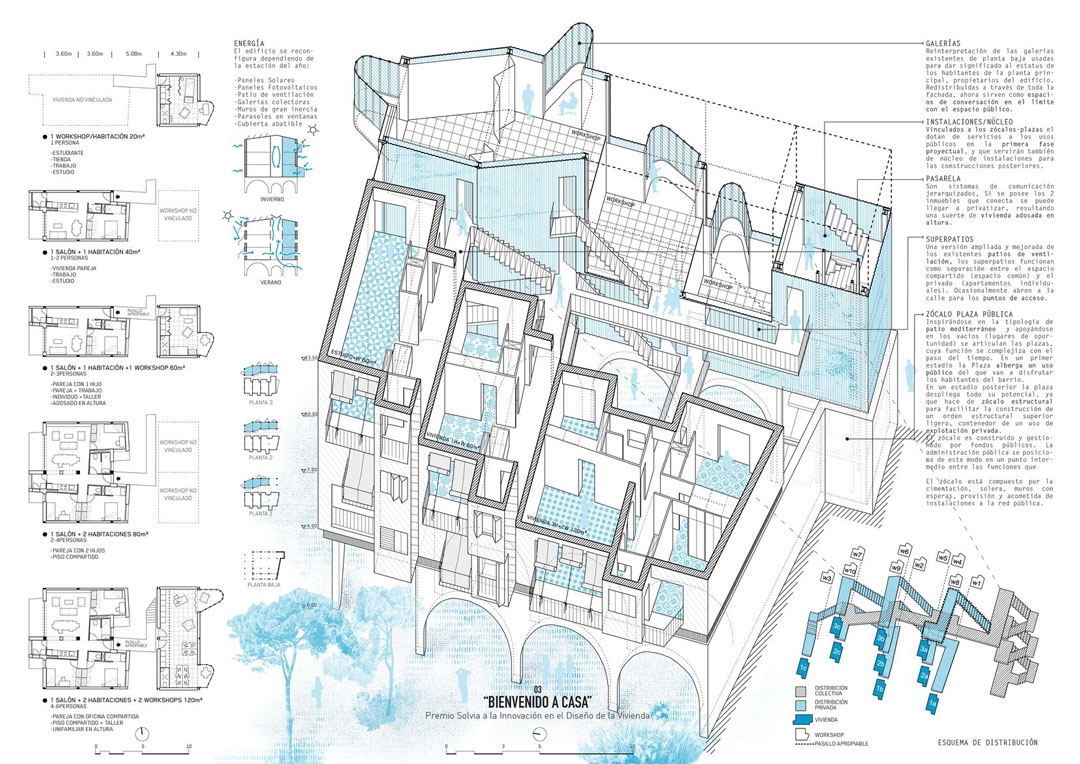 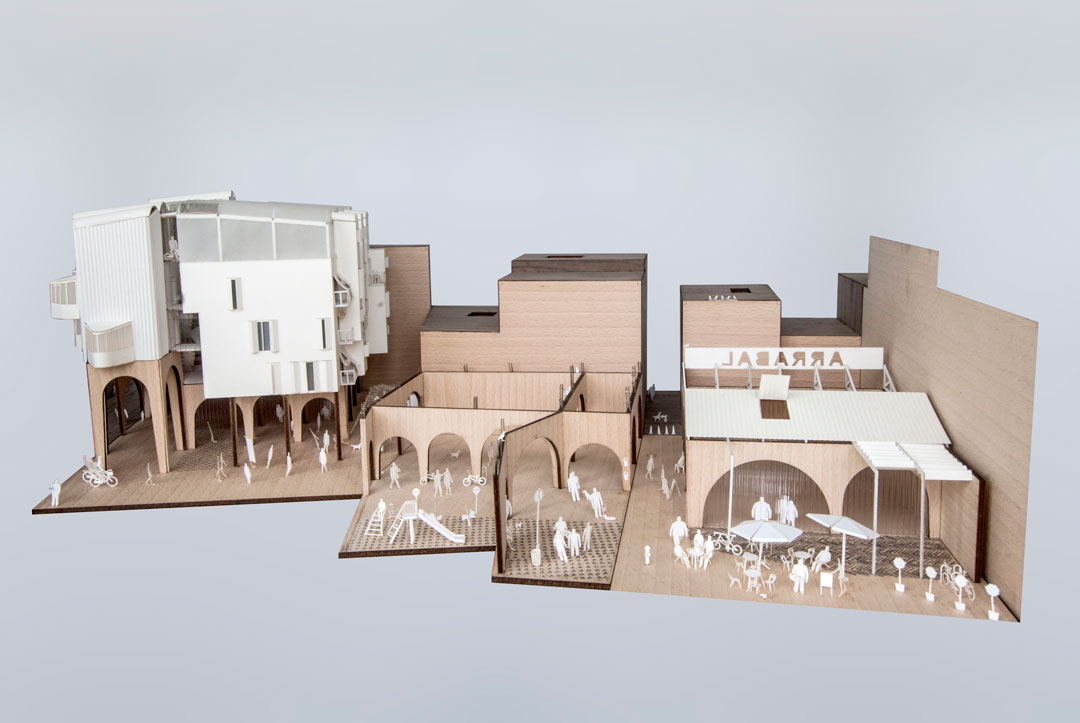 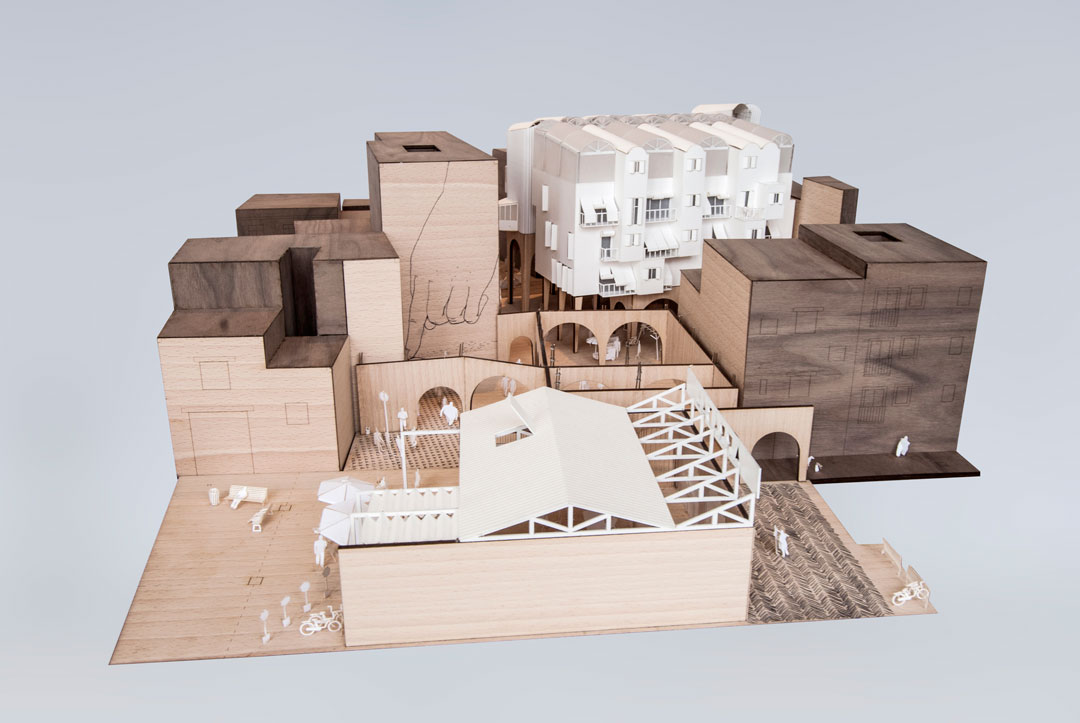 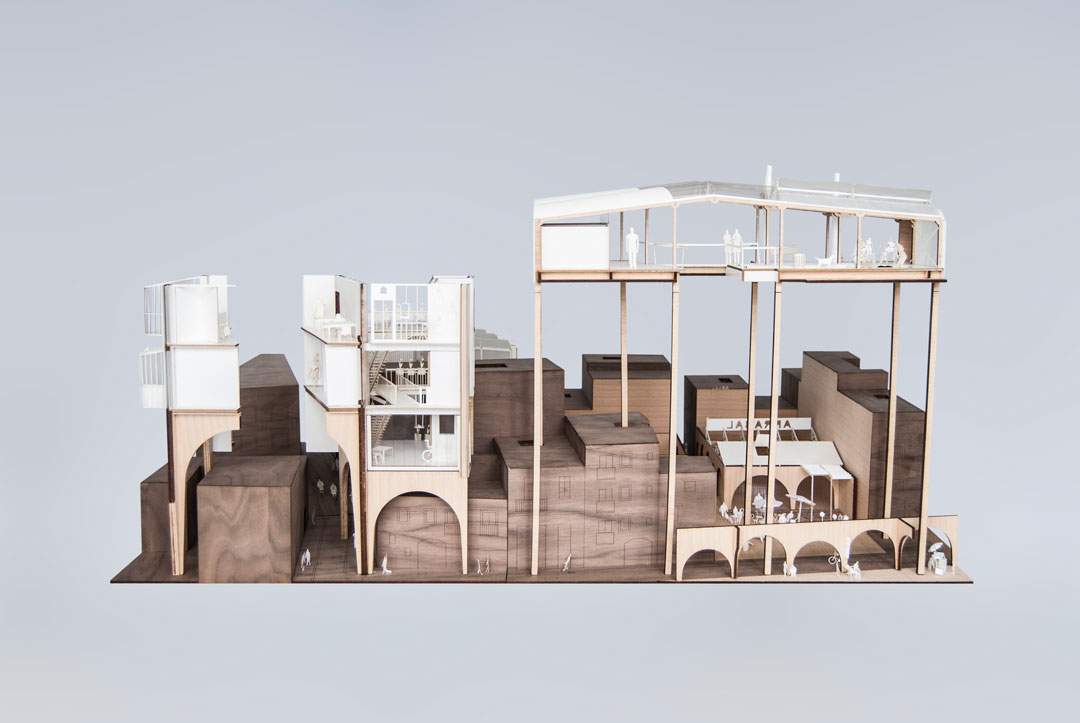 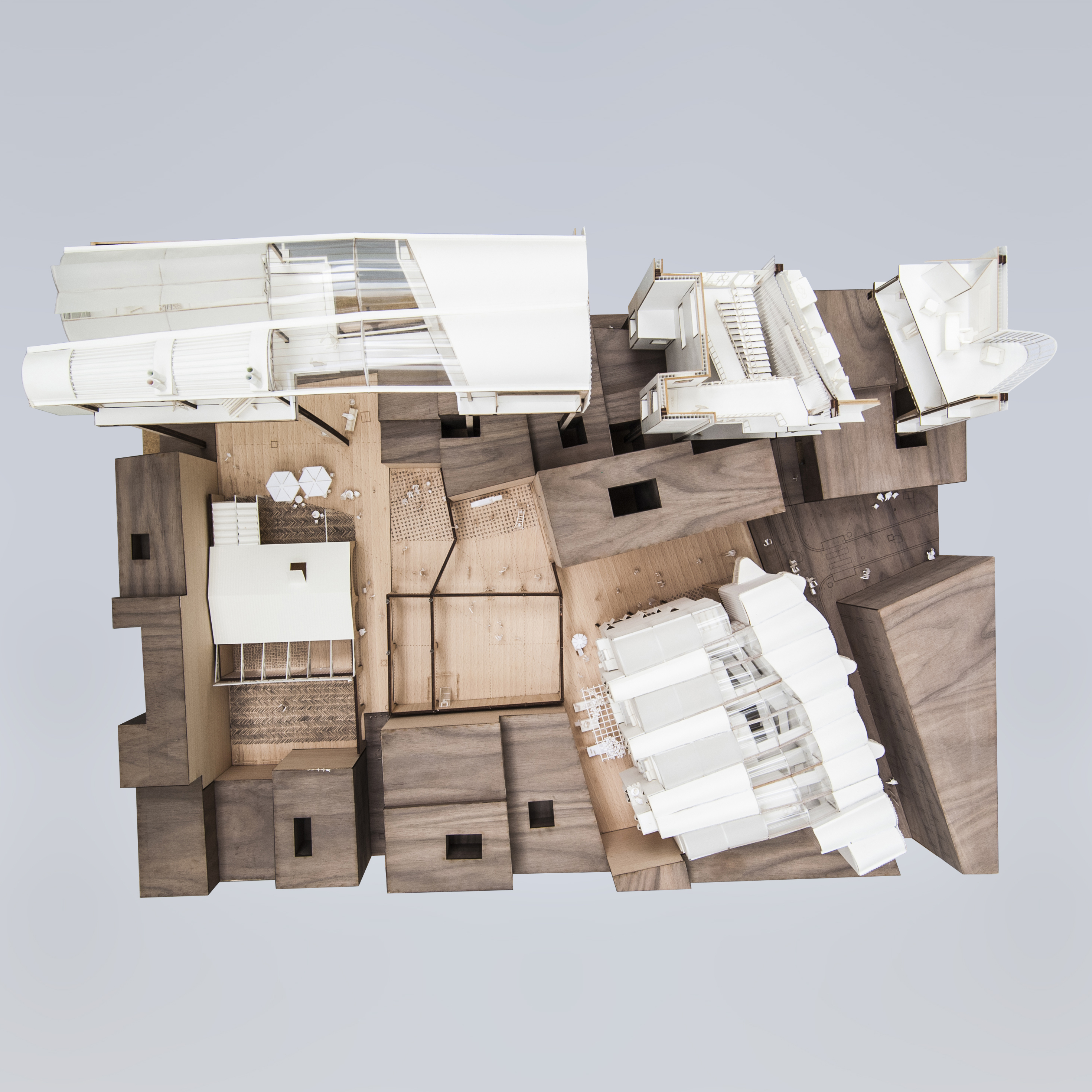