Refurbishment and extension of a house in Benahavis

This is a project of reform, rehabilitation and extension of a single-family home built on the border between Benahavis and Marbella. Built in the seventies it presents a partial state of ruin and is acquired by a new owner, who demands new functionalities for the house.

The original house was designed to accommodate a family of 3 members and a service person. The new house configuration should contain a family of 4 members, a guest area, a separate apartment, a playground and the possibility to divide the house into two separate units.

The greatest challenge posed by the reconstruction and rehabilitation of the house is the integration of a new area with more surface in the same pre-existing footprint. Due to the partial state of ruin it is necessary to demolish the eastern rectangular wing of the original house. The new construction must contain this new available space. The new building must multiply the meters built to accommodate the new programmatic needs. The spatial configuration is developed through the concatenation of successive program blocks (kitchen, living room, bedrooms and bathroom) with the inclusion of an L-shaped block that houses an apartment with independent access. The reading of the blocks can be done through the volumetry expressed in the facade and roof of the house.

In traditional Andalusian architecture, the houses were closed to the outside by whitewashed brick walls, with reduced window openings to avoid both the incidence of the sun and to achieve privacy. The Owl House maintains part of this character in its northern façade, which is the façade that receives the visitor. This area connects visually with the existing house, thus creating a relative stylistic continuity between the old and the new. An image that reminds us of the architecture of Andalusian farmhouses, but with a unique final result.

Some elements have been strategically introduced in this house to optimize it energetically. Solar panels have been installed to provide heat to the hot water, photovoltaic panels have been placed on the roof of the old part to reduce the demand for electricity, solar control glass has been used, air chamber and windows with thermal break, the roof of the house is resolved with a sandwich panel with thermal insulation of 10cm to minimize heat transmission through the roof. These constructive decisions, plus the optimization of the design with own resources of the bioclimatic architecture, like the crossed ventilation and the tropical patio, obtain that the external power consumption of the house is practically null, approaching the concept of passive house.

The introduction of the tropical English courtyard provides several functions. The most outstanding ones are the incorporation of indirect natural light at the lower level and heated cross ventilation. The plants provide freshness in summer, and in winter they temper and protect. It is precisely in the summer season when their presence is most noticeable, as strategically opening certain windows produces refreshing ventilation that drastically reduces the use of artificial air conditioning. In this way, a sustainable air-conditioning of the house is achieved. 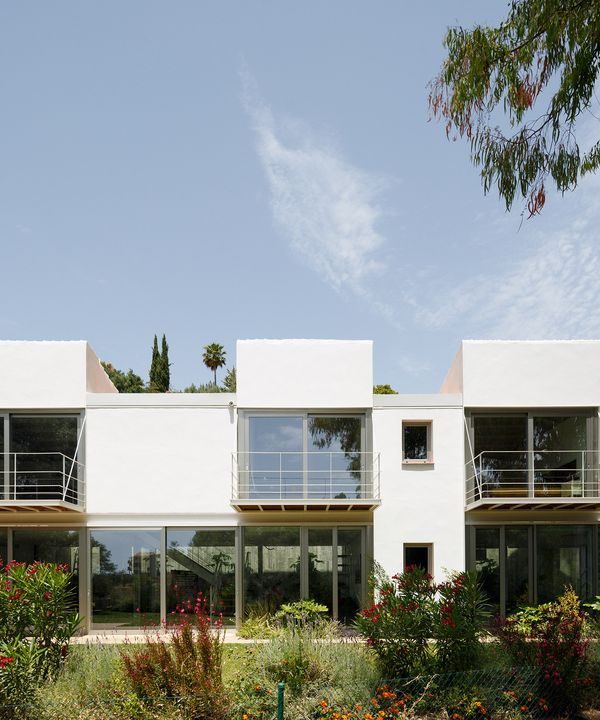 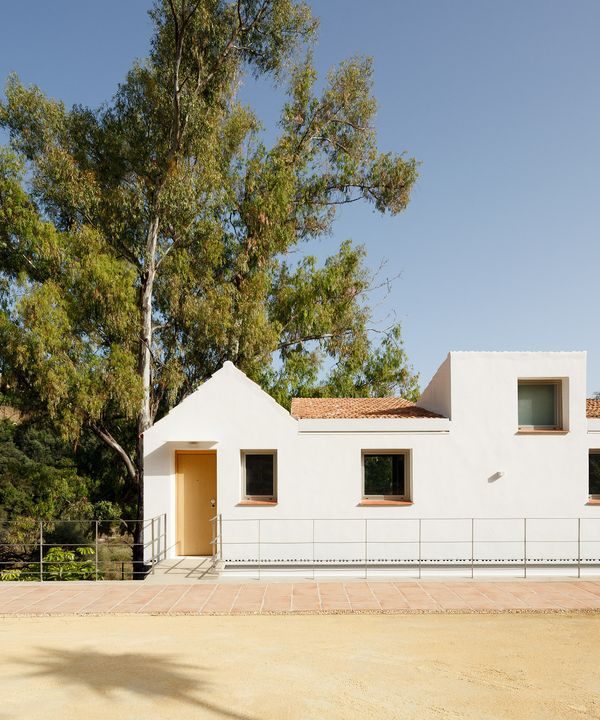 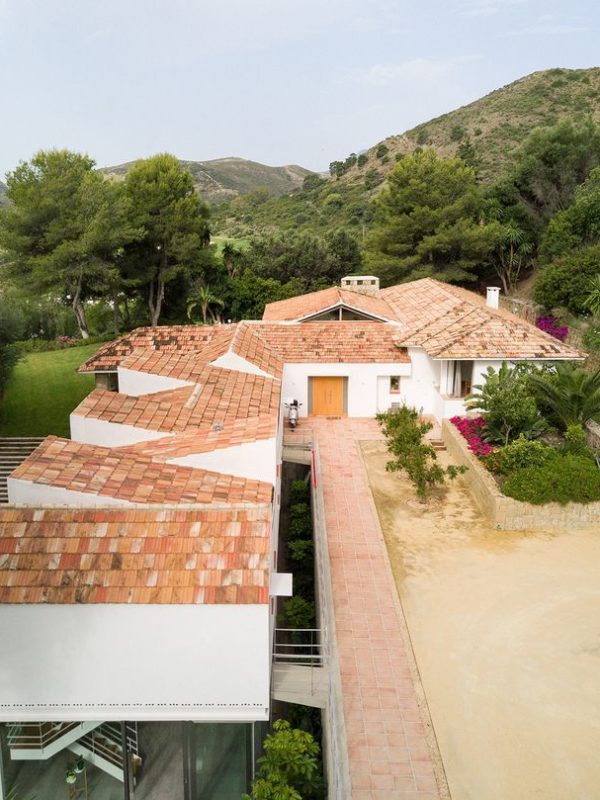 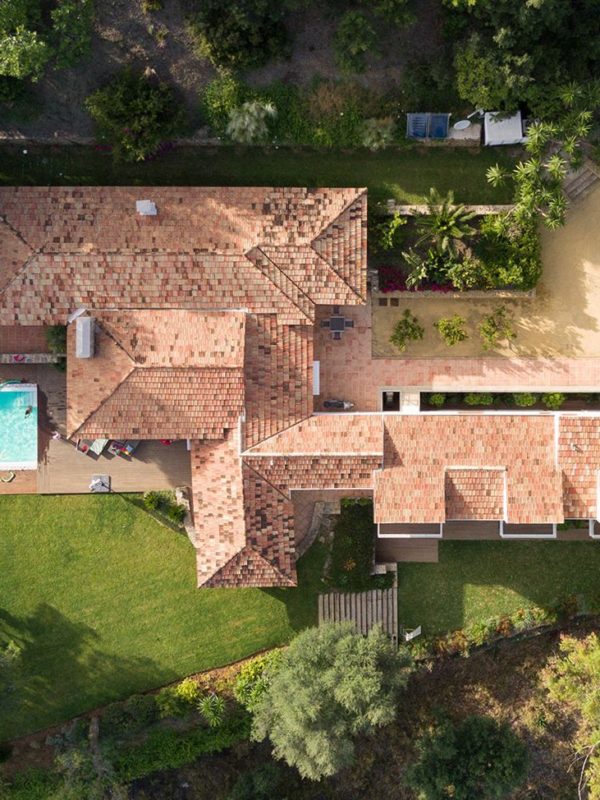 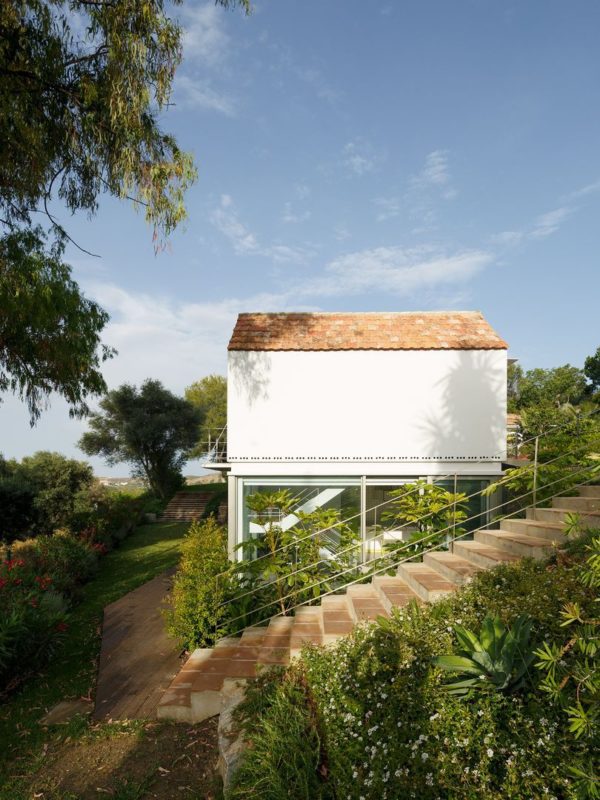 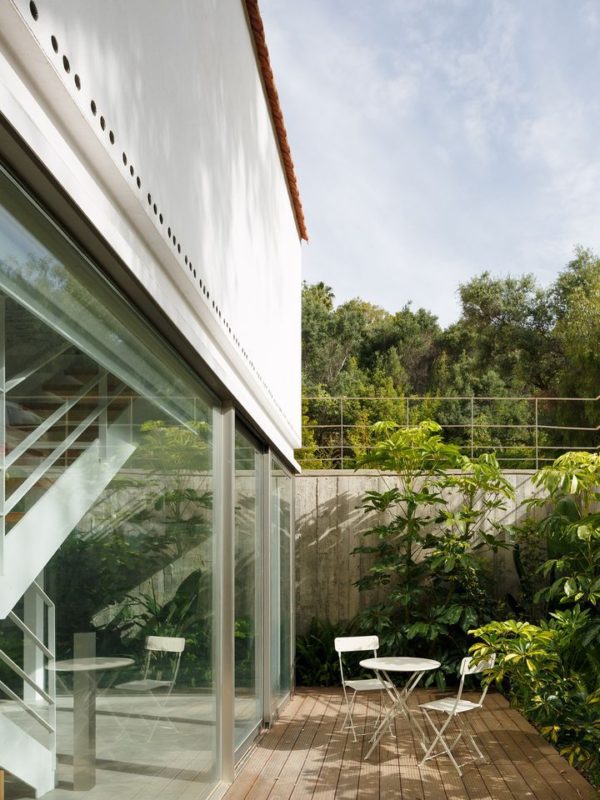 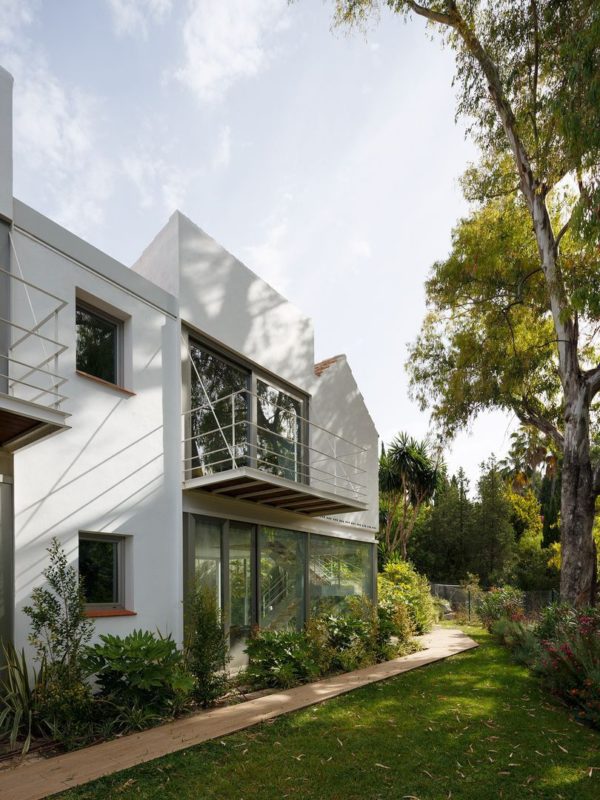 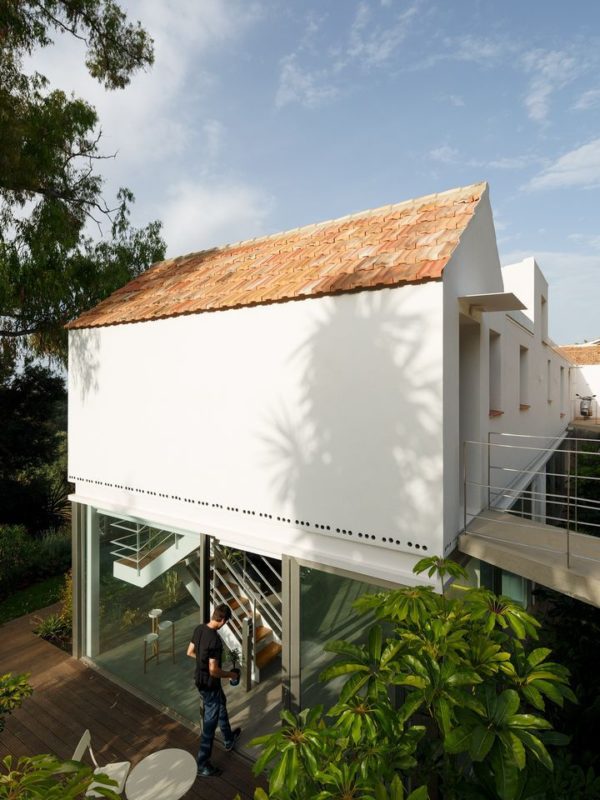 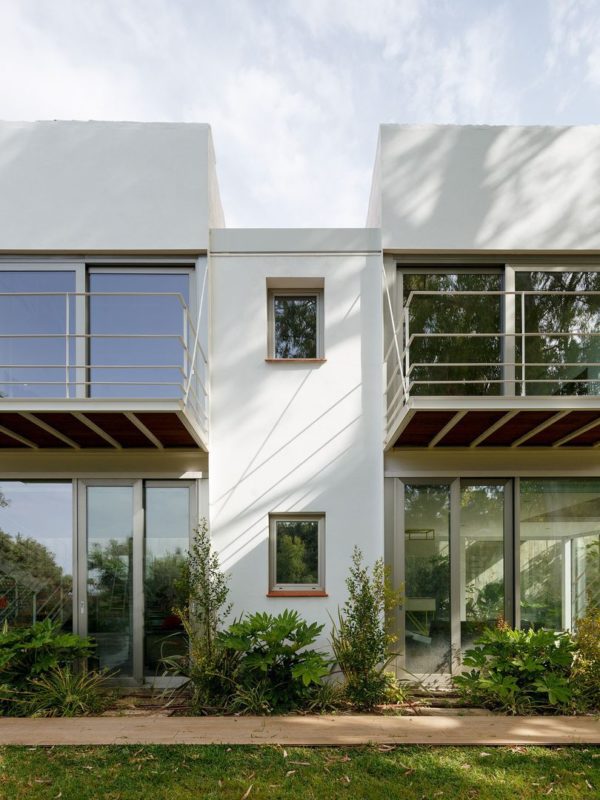 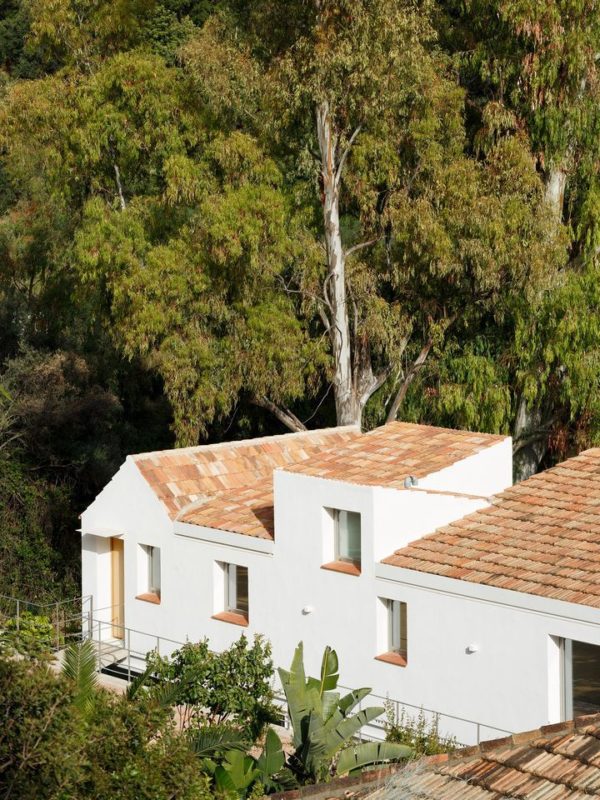 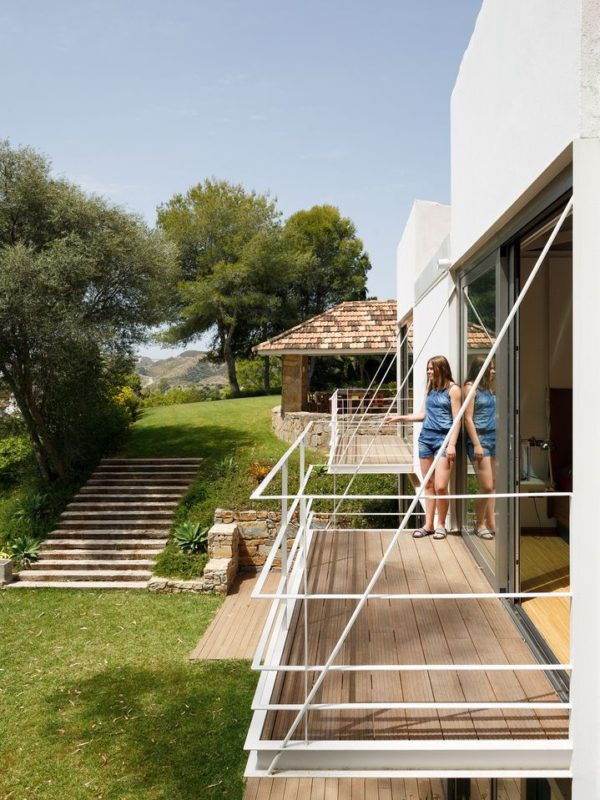 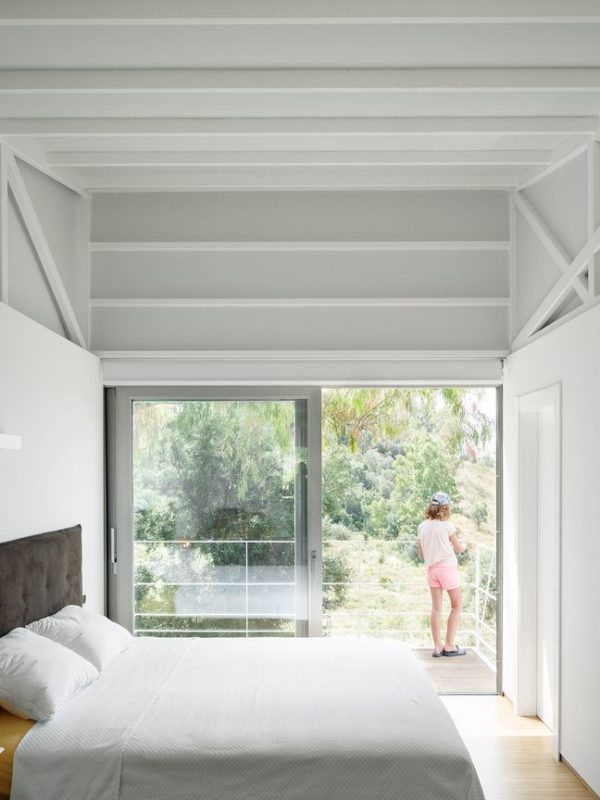 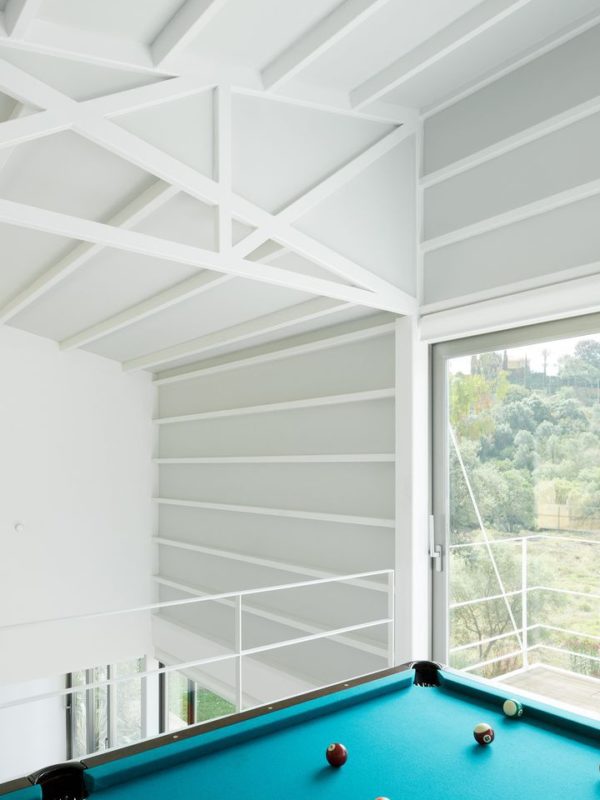 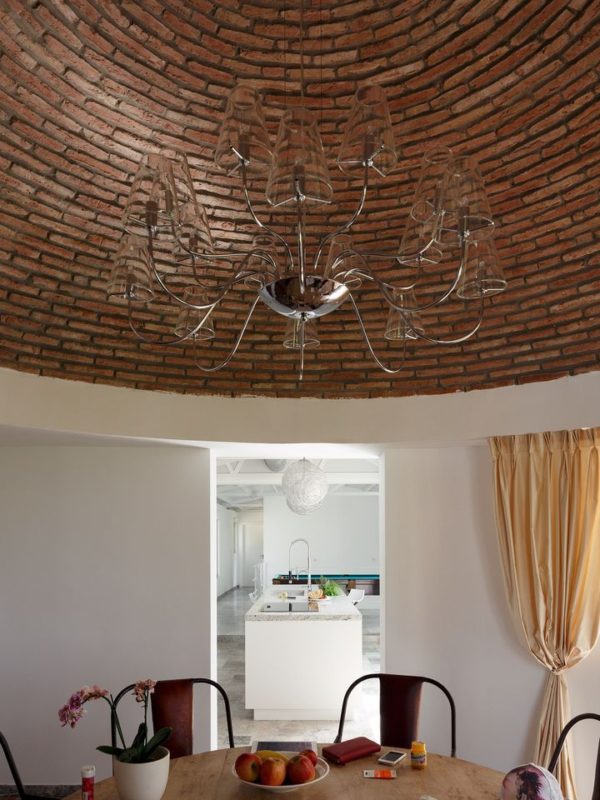 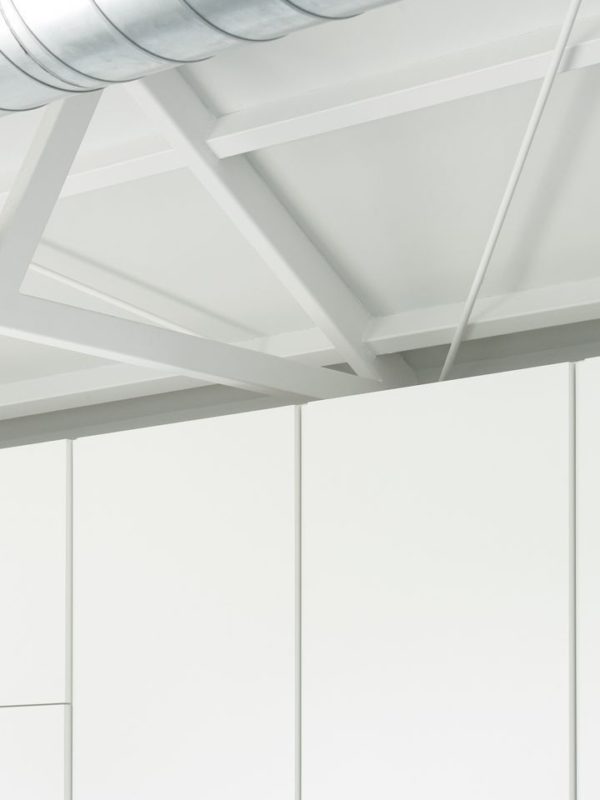