Santiago Dominguez is one of the most important chefs on the Costa del Sol, he has a very extensive collection of awards and trophies, he has been since the 50’s an indisputable reference for many chefs worldwide and in his restaurant he has hosted international personalities since he opened his eponymous restaurant on the promenade of Marbella. Part of his history can be read on the walls of his restaurant, where he places his photos and awards.

The Santiago restaurant has been expanded and modified several times over the years, and in 2014 Santiago contacted us to commission a final renovation to update the already aging restaurant. The first decision that seemed essential to make was to incorporate as much natural light as possible into the interior space, and to re-study the bar area.

The project focuses on resolving the three different areas of the restaurant, the terrace, the lounge and the bar.

The extension of the terrace towards the interior of the restaurant is an intermediate space with the possibility of serving both the terrace and the lounge-museum thanks to the double glass enclosure on both sides.

The lounge is transformed into the most solemn area of the new restaurant, with more noble materials, such as marble, brass profiles and the oak wood of the furniture-museum. This room, reserved for the most formal dinners, becomes a museum where you can admire all the trophies and prizes awarded to Santiago over the years as well as the most emblematic photographs.

The bar is the third main element of the new restaurant. Instead of creating a single bar, four are created, each with a different theme, one dedicated to oysters and champagne, another to pickled products, traditional food and ham, another bar for drinks and the last one for the box. This configuration makes the service more dynamic and allows a more optimized circulation, as well as offering a more attractive way of eating at the bar. 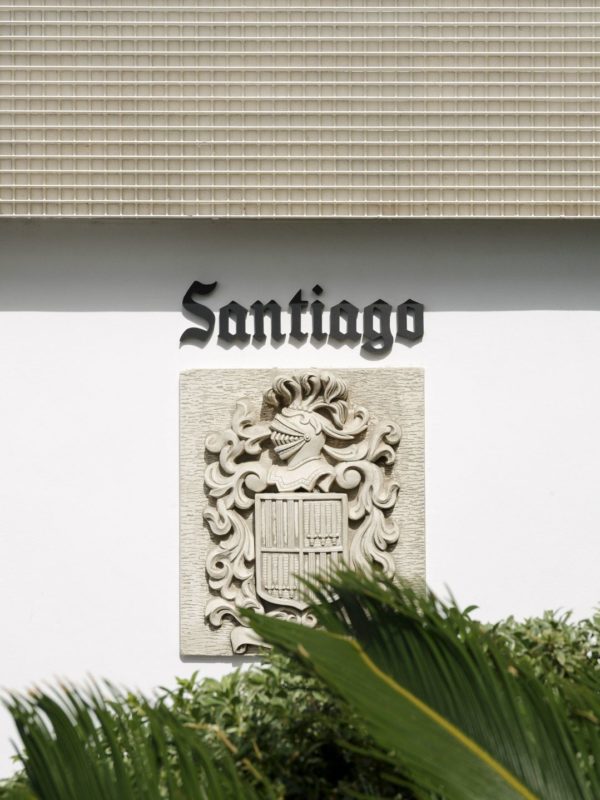 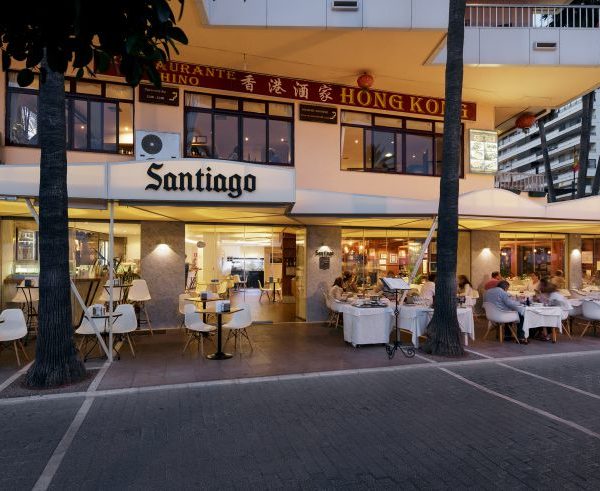 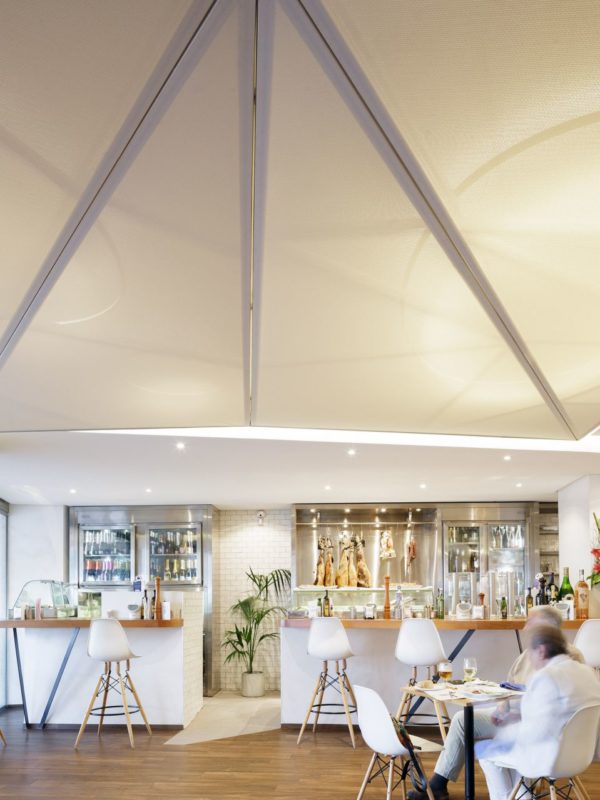 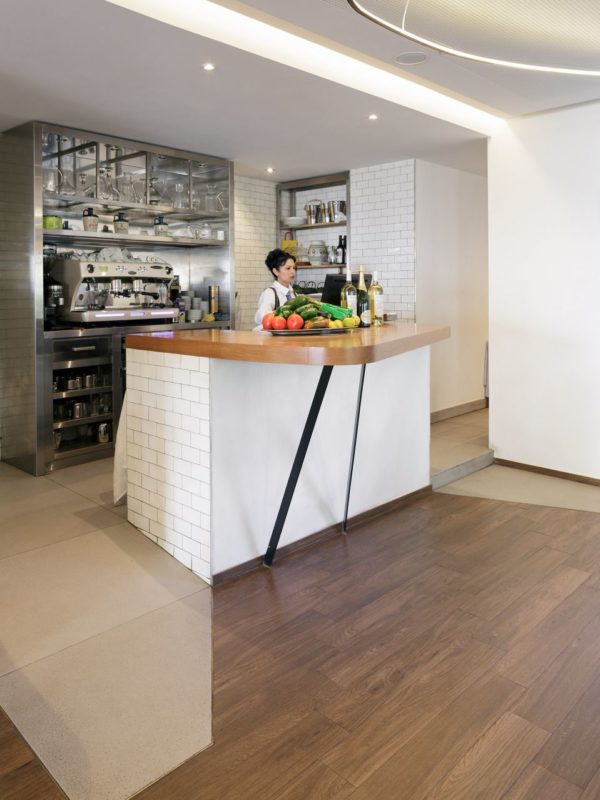 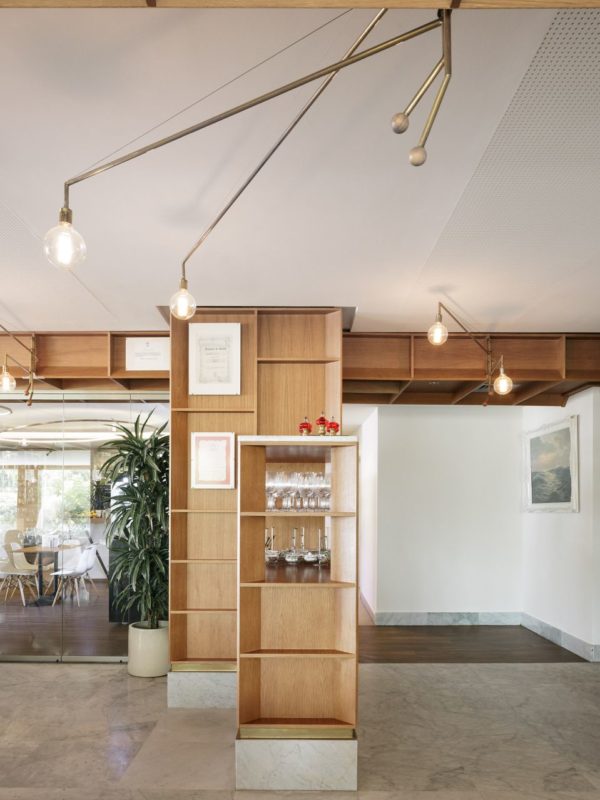 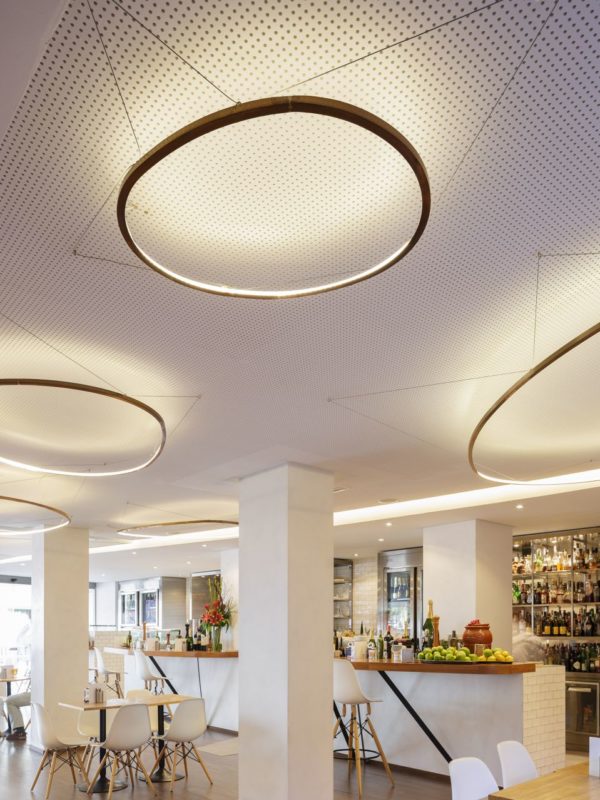 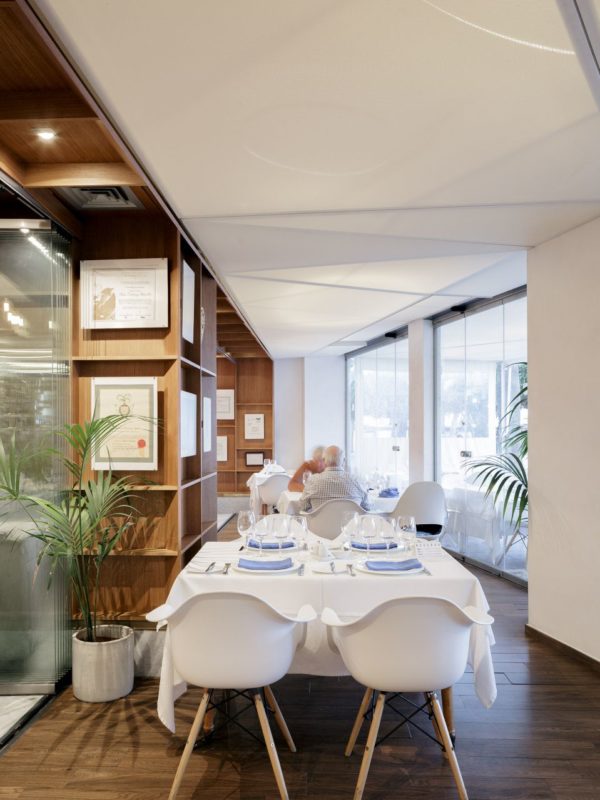 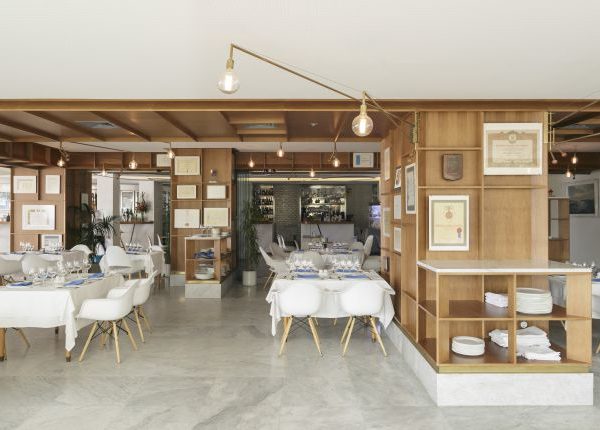 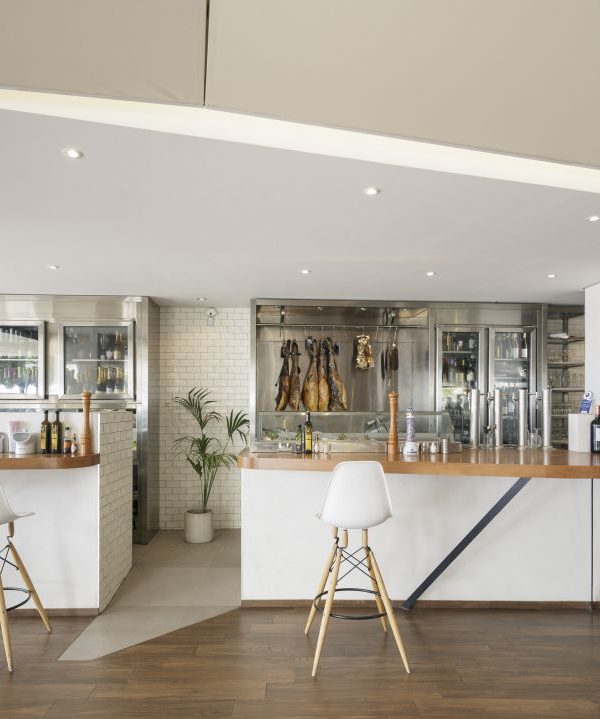 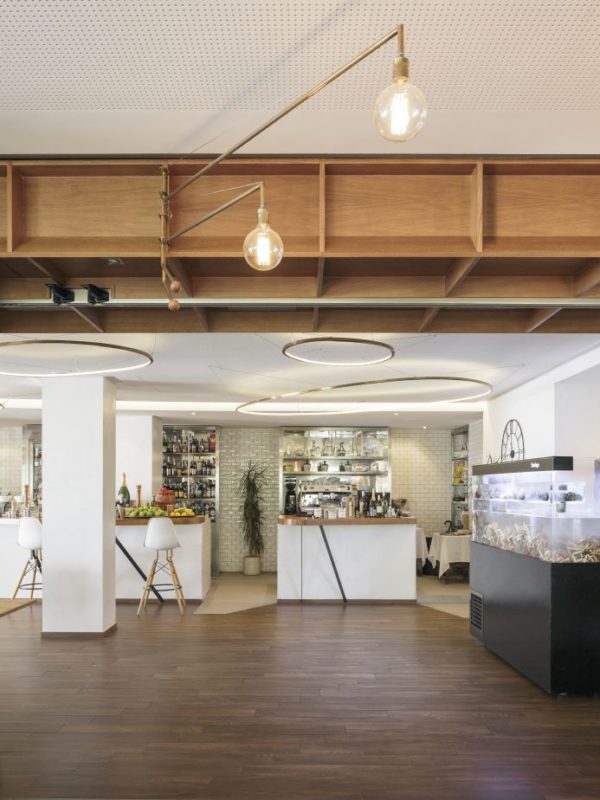 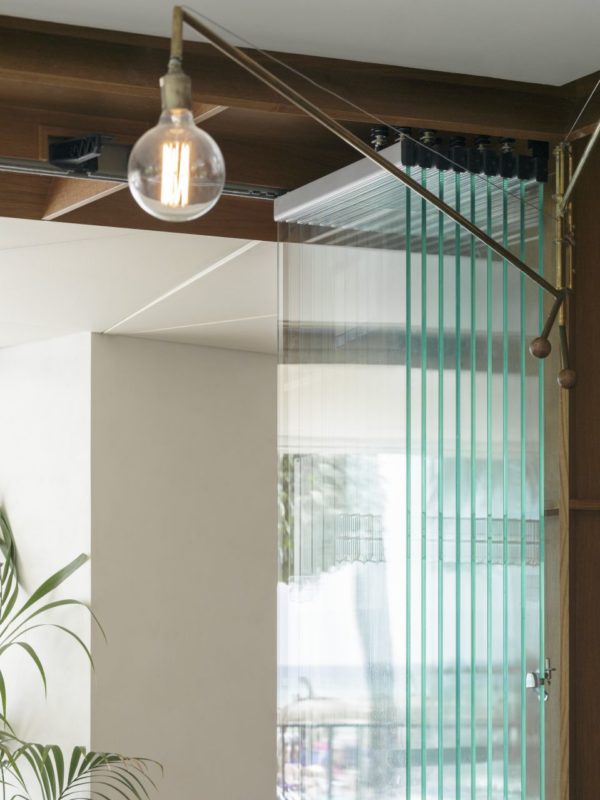 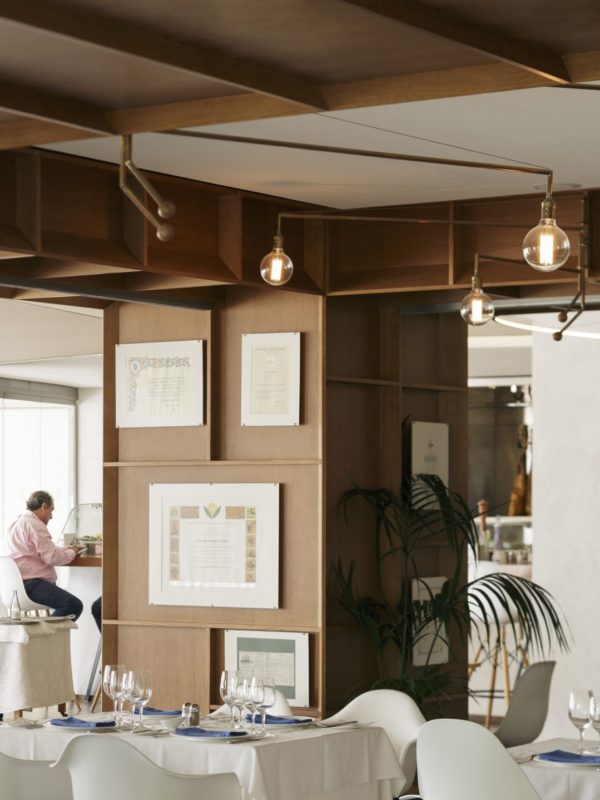 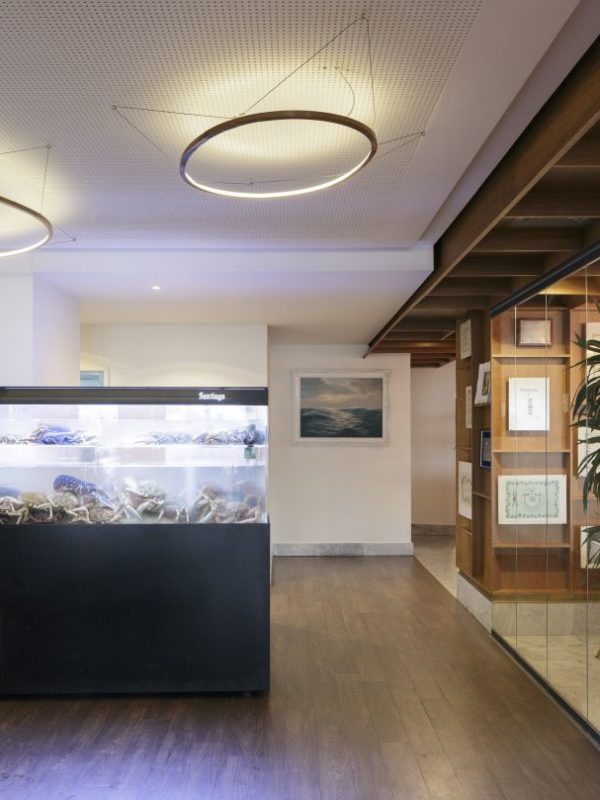 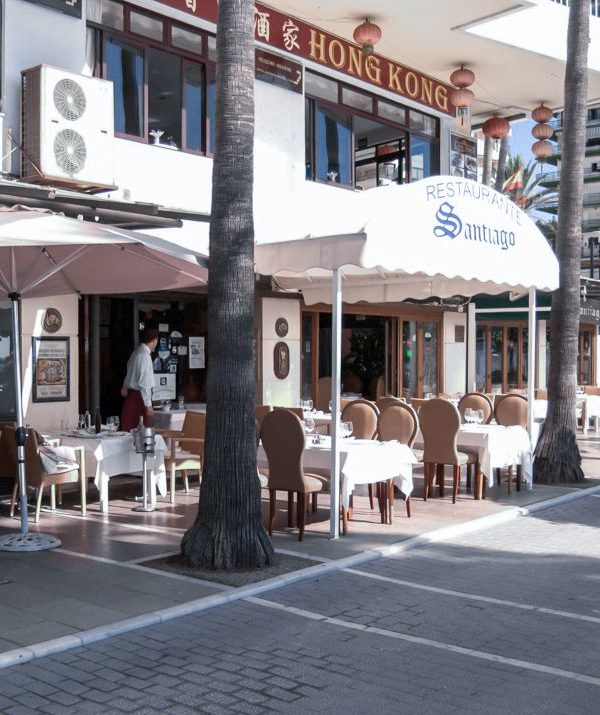 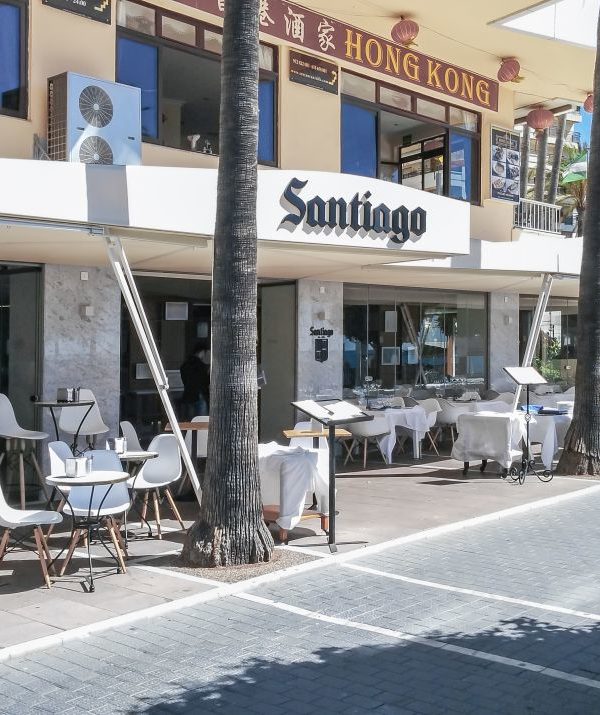