New lines of research are necessary to find formulas that allow the management of the current real estate and social situation, from the typology of housing to the way in which the growth of the city is produced. Some paradigms have become obsolete, others need to be modified or adapted to new social models.

The growth rate has slowed down, so a new system that adapts to the current growth rate is essential to keep real estate development agents active. A new system that is interesting for all elements of the equation (city council + developer + end user)

The proposed intervention is not part of a static urban fabric, but rather of a development that is constantly changing, adapting concepts of social and economic evolution. This program, therefore, will mutate over time at the same rate as the demands of the city mutate.

With the new approach, a base is established on which the constant updates will be drawn up, always maintaining a solid infrastructure that articulates all the phases of the PERI development plan, in which the two blocks that make it up are urbanized and equipped with operational services pending the gradual execution of the residential blocks.

In order to achieve a balanced development of the PERI, it is proposed to execute both blocks M1 and M2 in phases, with the M1 being the one that is completed first. During this process, the M2 will be equipped with the necessary infrastructure so that it does not remain in disuse until the construction of the housing blocks. It is understood that this process will be divided into the following phases:

-Urbanizing and providing basic supplies and services in blocks M1 and M2.
-Construct a stratified base composed of the future parking space, public areas and a technical structural wall in both blocks.
-The raised base serves as a base for building the blocks of the first phase belonging to block M1, and the constructions with temporary uses in the spaces pending execution of the buildings of block M2.

The temporary uses serve to consolidate the rest of the uses of the green areas, facilities, community services and social uses, which are the first to begin operating.
-These temporary uses are replaced by the buildings in block M2, being relocated in the spaces provided in the same blocks.
-The PERI is completely consolidated, maintaining flexible management of both housing typologies and the use and administration of tertiary and endowment uses and spaces destined for a social function.

These strategies based on a flexible fixed grid will be similar on an urban and typo-logical scale (plots with a fixed module but with flexible use) creating structures without hierarchy.

Inspired by the typology of the Mediterranean patio and using the area destined for public space, the squares are articulated by arched walls, whose function becomes more complex with the passage of time. In the first stage, the square has a public use that the inhabitants of the neighbourhood will enjoy.
In a later stadium the square unfolds its full potential, as it acts as a structural base to facilitate the construction of a superior structural order, a container for the lucrative use of the block.
The plinth is built and managed by public funds.
The plinth is composed of the foundations, the floor, the provision and the connection of installations to the public network. 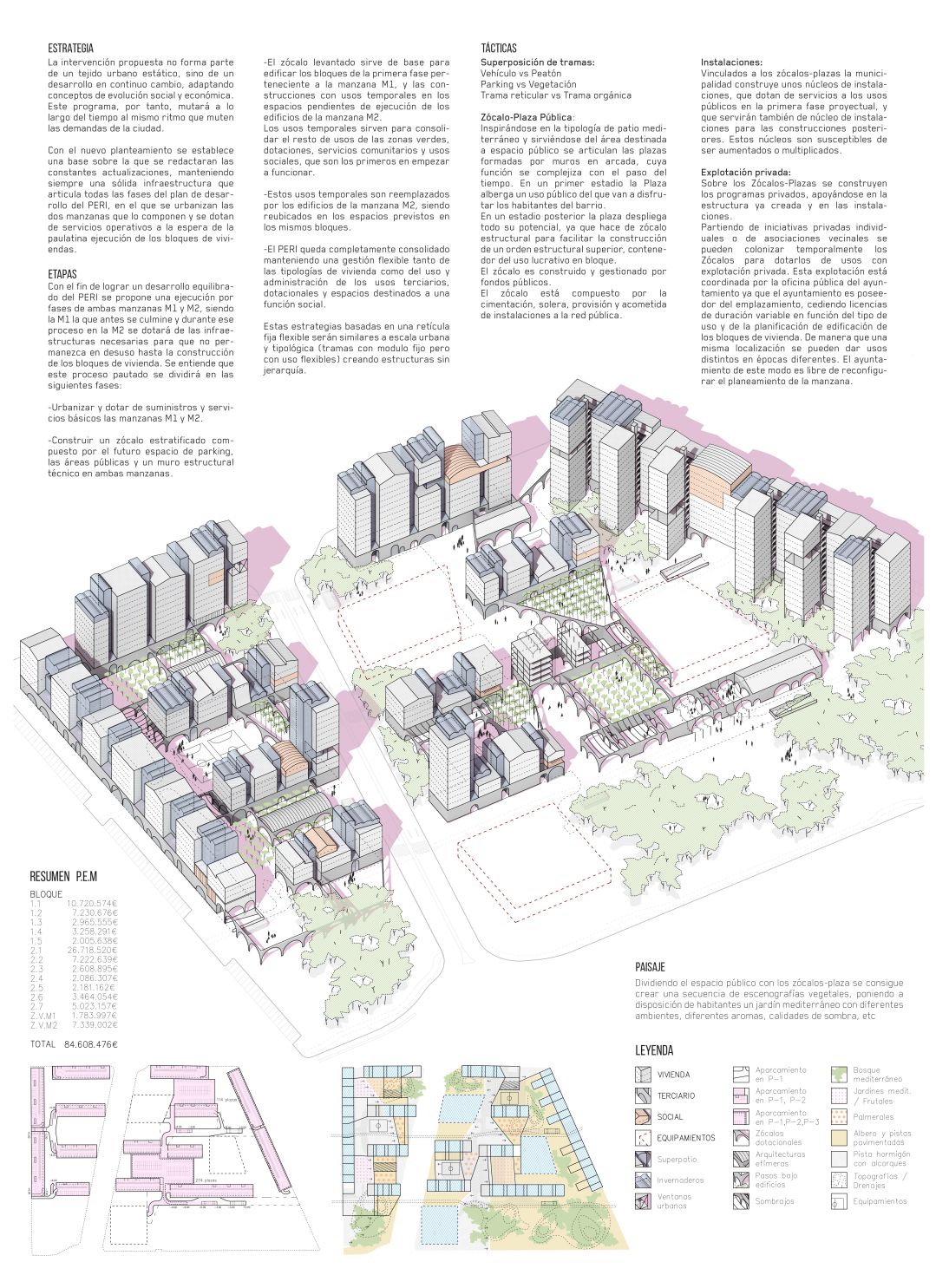 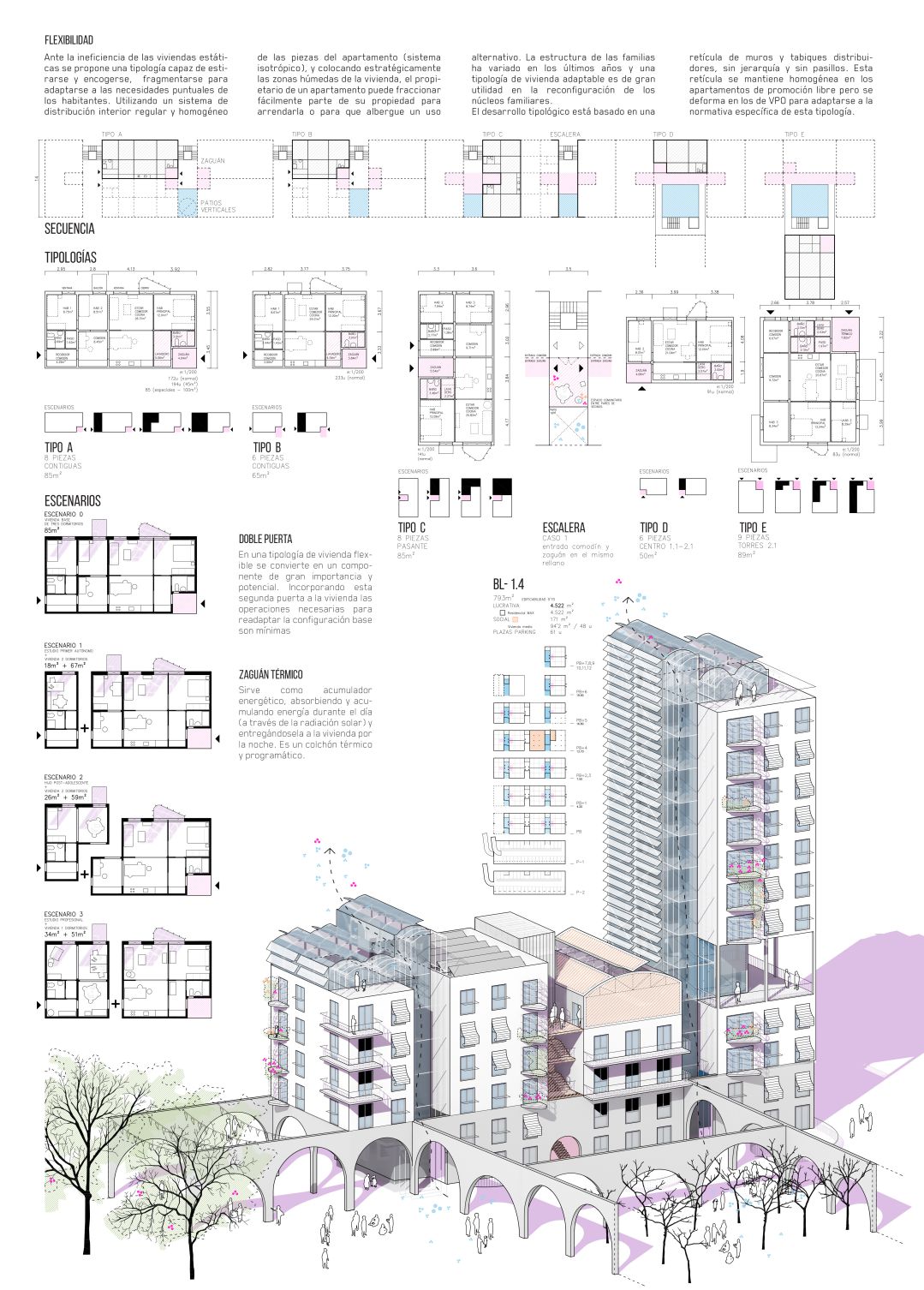