The pedestrianization strategy that Malaga has developed over the last decade has become synonymous with quality in public space. Where the coexistence of pedestrians with local commerce and different urban activities promotes the street as a place of contemporary coexistence. Linked to this strategy of pedestrianization, we promote a strategy of creating public interior spaces, predisposed to be incorporated into the traditional public space: the street. The cultural buildings, as well as the different institutions and buildings of public character, will influence beyond their perimeters. With this strategy, we want to have a diverse public place where the urban comfort associated with public spaces becomes an exterior and interior atmospheric reality.

To this end, the project includes a cultural and hybrid public-private program that allows it to meet this condition of public space inside, thus enhancing the traditional concept of public space.

(The building) connects its interiors to the network of public spaces in Malaga.
It rises above the Plaza de la Merced, giving continuity to this on the ground floor, and responds with the specialization of its facades to three different urban conditions:

· Plaza de la Merced:
The building responds to the Plaza de la Merced rising and allowing it to extend occupying the ground floor of the building. In contrast to the opaque nineteenth-century façades, thanks to a double façade formed by glass and a micro-mesh for solar protection, it gives an idea of the activities taking place inside.

· Calle Victoria
The future pedestrian victory street is received on the ground floor through large arches as an urban “meeting point”. This facade offers the distorted reflection of the Alcazaba, through a ceramic texture

The great density of buildings in the historic center of Malaga means that there are only three large squares (Plaza de la Constitución, Plaza de Camas, Plaza de la Marina) with the capacity to host the many events and activities that a city like Malaga constantly celebrates outdoors.

2/ Provide the building-plaza binomial with a shared agenda between administration and citizens. This would allow the building’s activities to be held in the plaza.

3/ To activate in an operational way the network of squares within the pedestrian area that will enhance the complex city and the urban experience of walking in Malaga. 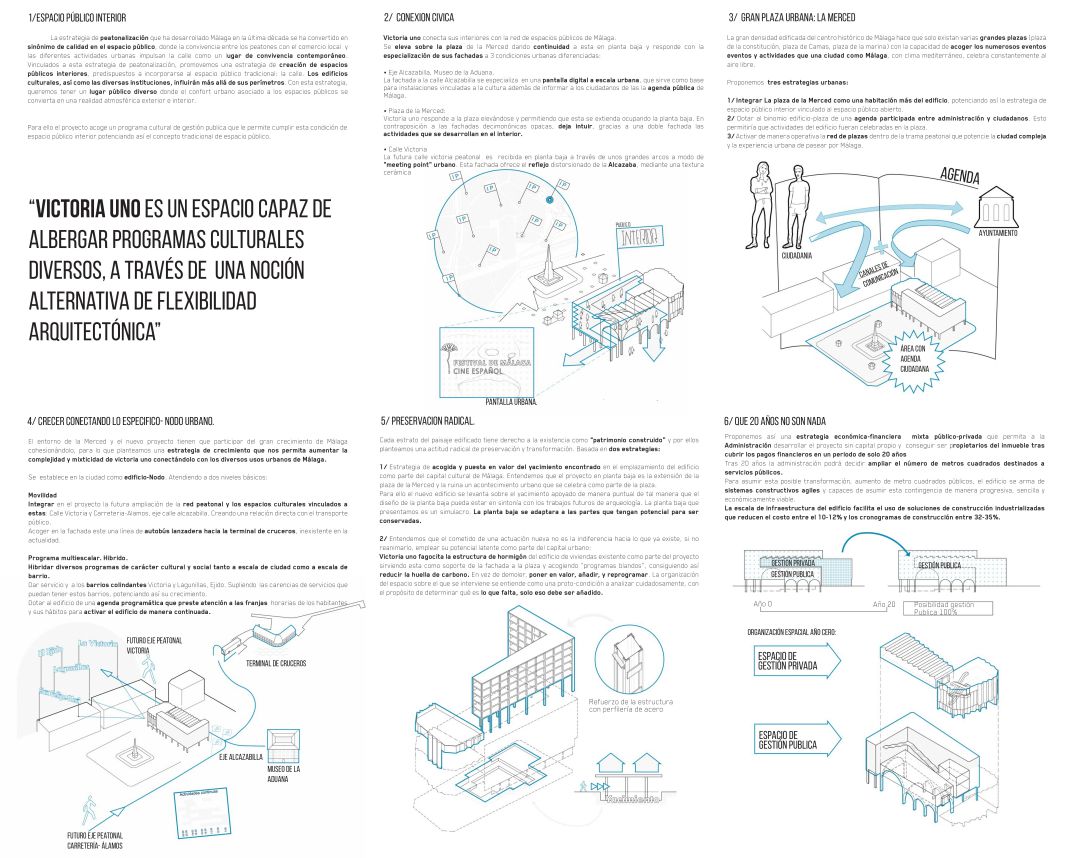 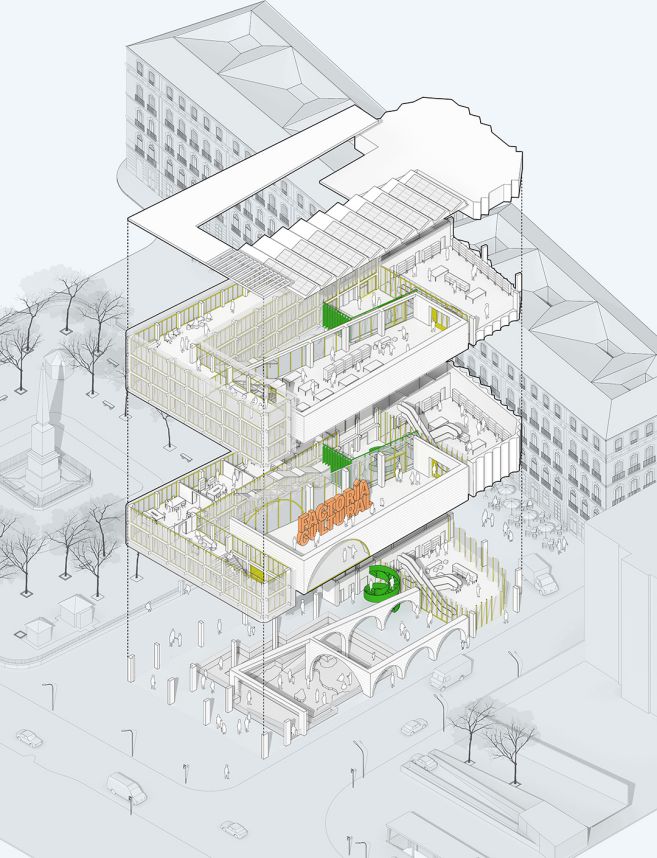 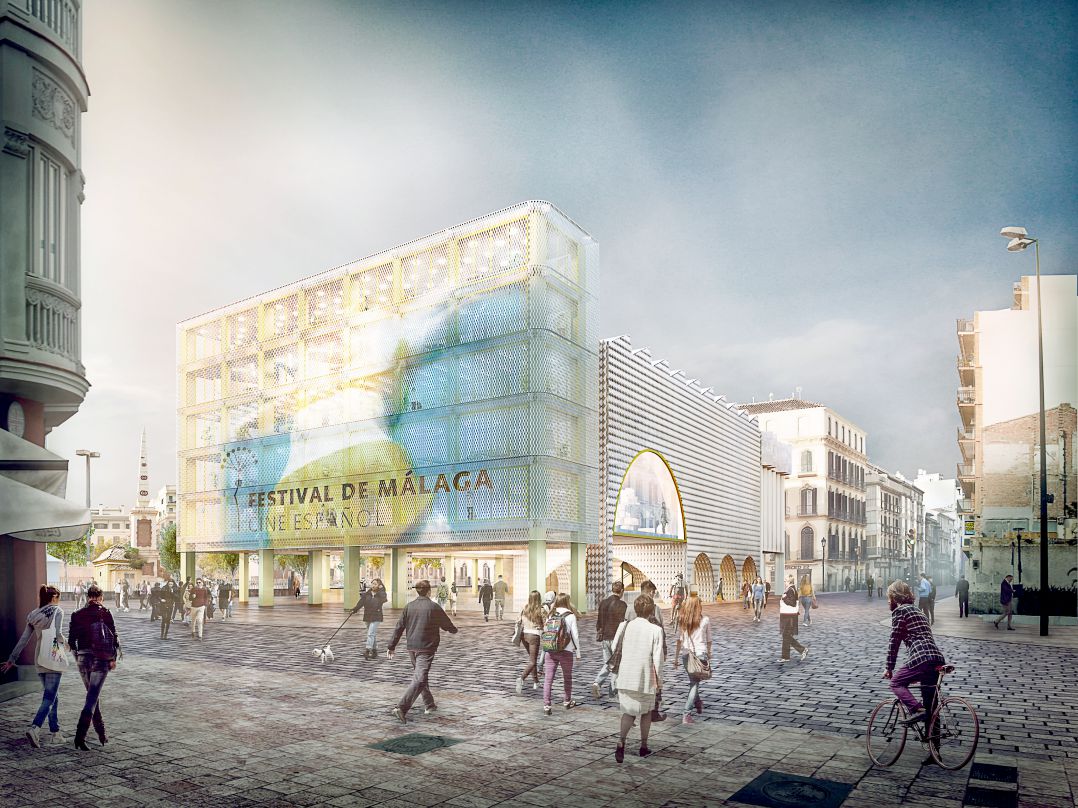 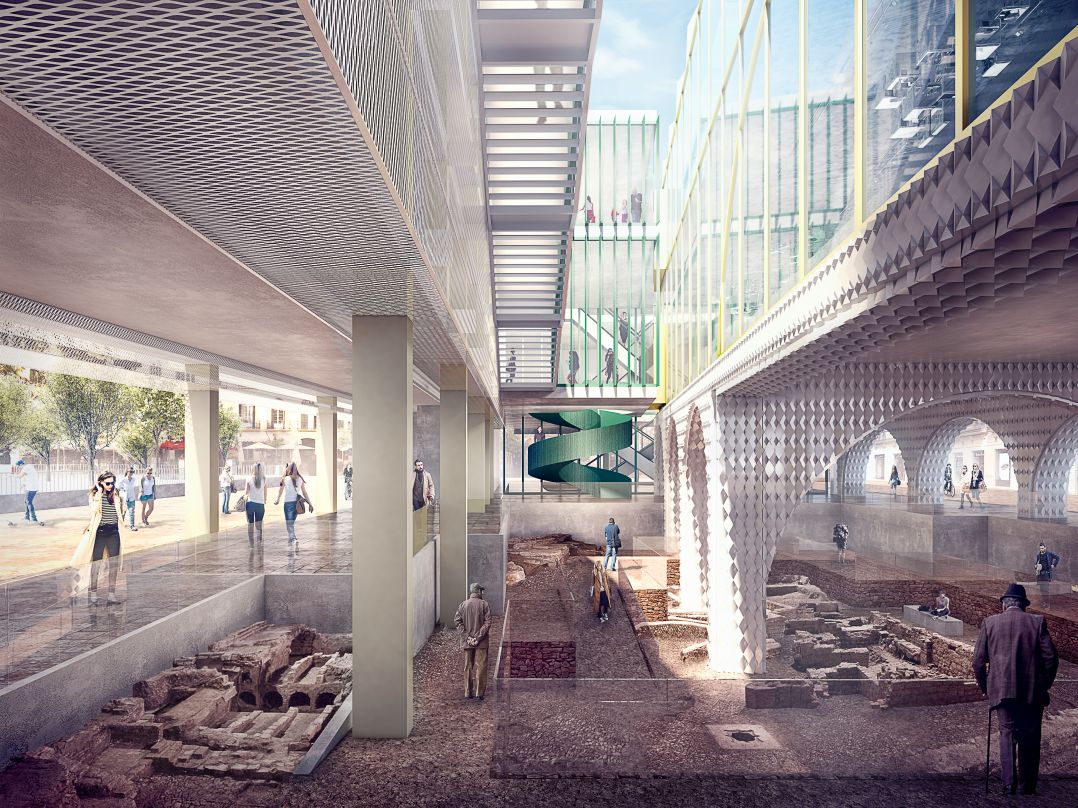