The current development of the historic centre of Ingolstadt is clearly oriented towards its southern pole. The pedestrianisation and creation of shopping arcades in the centre, and the construction of facilities in the vicinity of the Danube River means that the northern area of the historic centre is left behind by the city’s more everyday activities.

This is why we have the opportunity, through a plan of urban interior reform, to be able to balance the north and south poles and thus obtain a historical centre with a more atomised occupation. This atomisation will allow the city to be reconfigured in the future to avoid situations of gentrification or uncontrolled (seasonal) tourist activity that could dissuade potential permanent residents.

Using the green ring as a base for the intervention (the lack of vegetation in the historical centre as an opportunity), the Harderstrasse is transformed into a (street with a unique identity) facility that connects the centre of the historical centre with the glacis, acting both as a footbridge to the ring and the NEW-ZOB, and as a large green space of opportunity on the main north-south axis. This operation would generate a new element that would enhance the daily identity. The street is transformed into a linear park and the passer-by now has not only a means of communication, but also a nucleus of activity, where one can enjoy a comfortable public space at street level. This strategy of ecological architecture aims to reverse the current paradigm of mobility and relationship of the historic centre with nature.

By expanding this activity of the city towards the north, new spaces of opportunity are opened, both residential and dotacional, being able to be colonized by permanent residents (being the public buildings partly responsible for the activation of this new space)

In the event of an imbalance caused by a large influx of tourists, the balance would be restructured with the incorporation of users with a seasonality opposite to that of tourists (e.g. students) who would be potential users of these new centres. 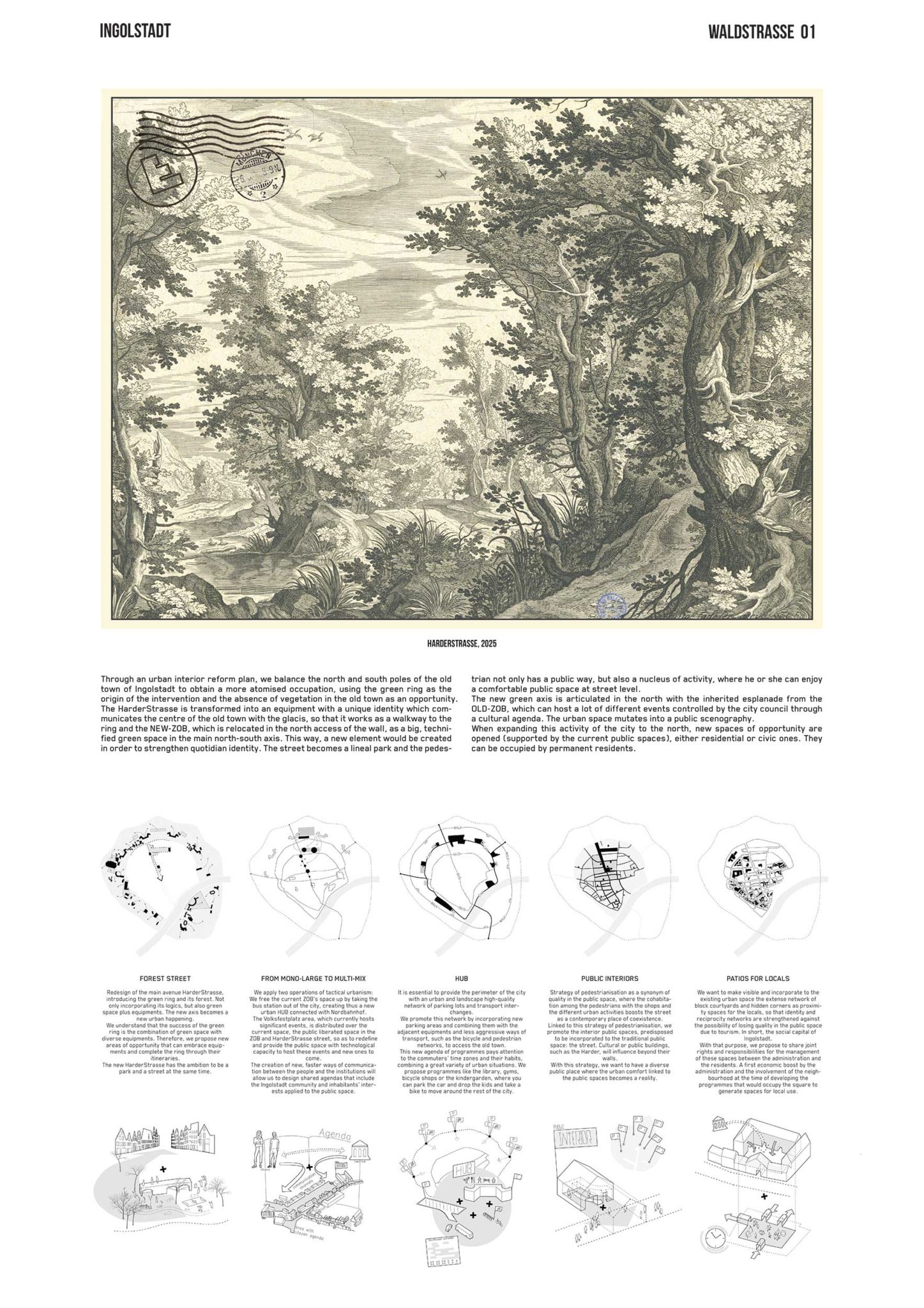 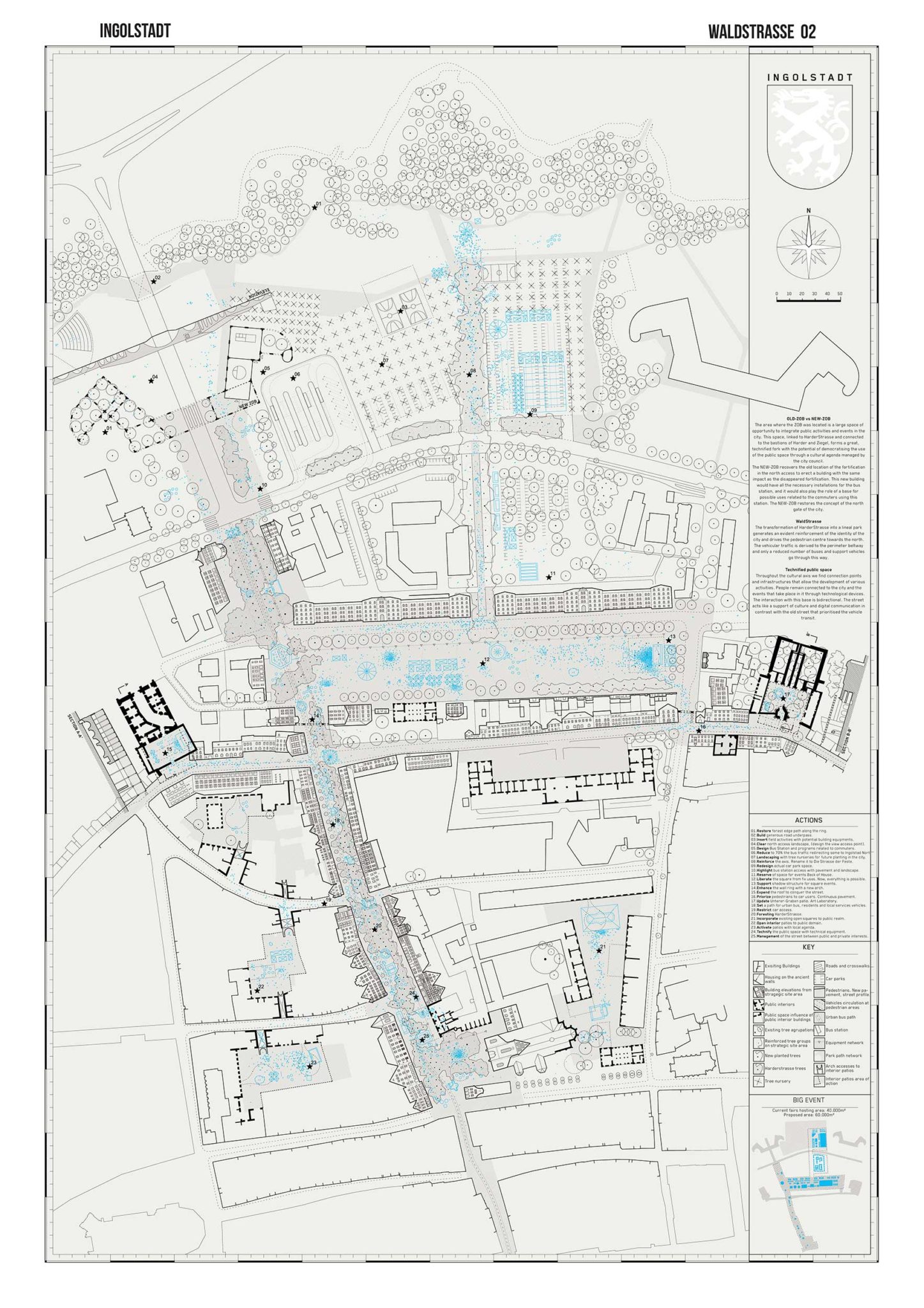 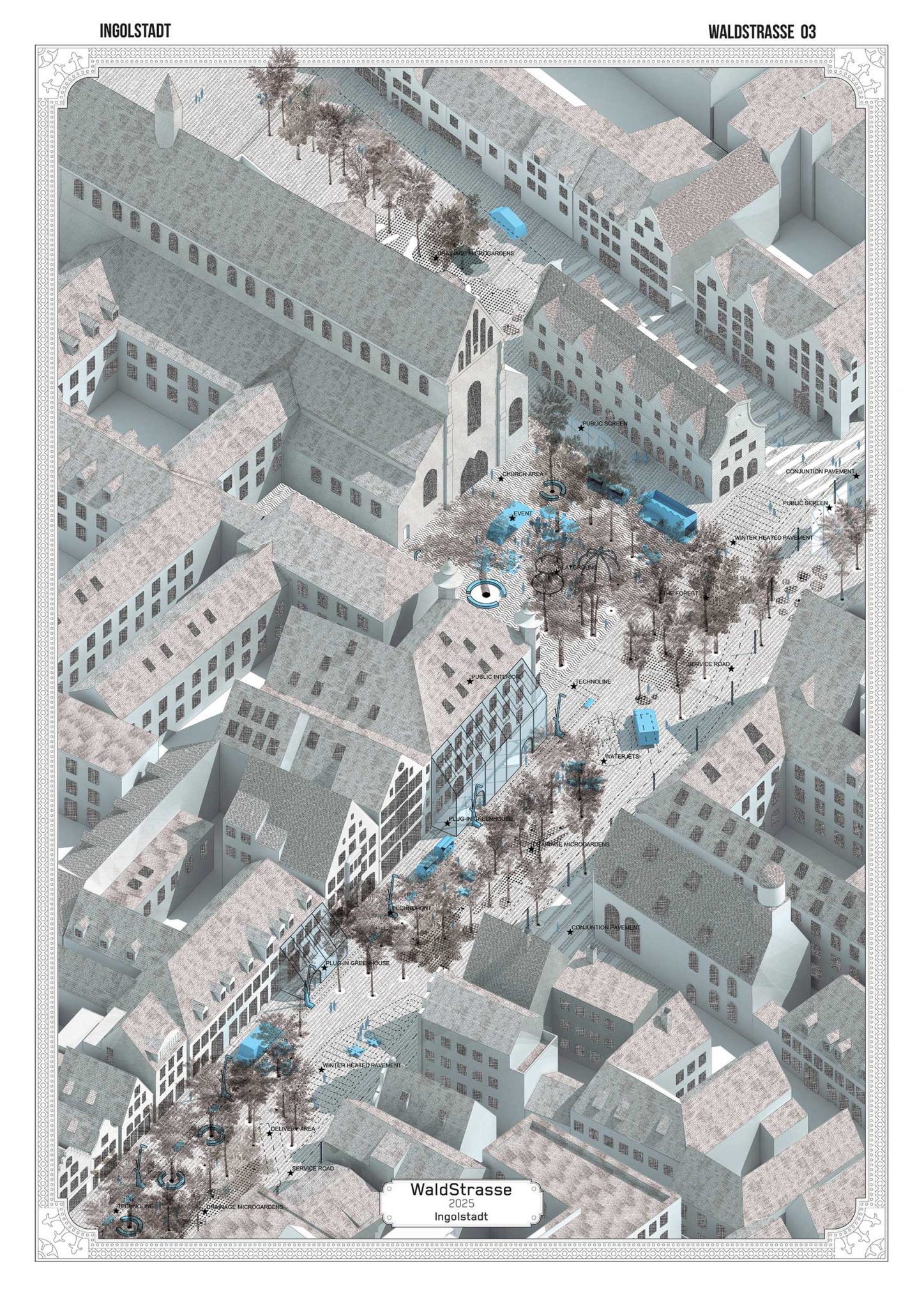