After reforming his main restaurant, Santiago Domínguez again trusted our architectural firm to carry out the reform of another restaurant of his property. Previously it had been dedicated to being an oyster shop, but Santiago asked us to reconfigure it to accommodate a more functional restaurant, with a larger kitchen in which to prepare more elaborate meals.

The facade has been completely modified, keeping only part of the wooden moldings of the original piece. The facade openings have been expanded and the original wooden frames have been replaced by much thinner metallic profiles with the aim of introducing as much light into the interior as possible and also so that the restaurant’s interior can be seen in its entirety from the street. The original light sign has been replaced by a much more attractive one. The restaurant becomes more present for passers-by.

The luminous sign acquires a special dimension as it is the most characteristic element of the facade, inviting passers-by to approach the restaurant.

Right in front of the restaurant there is a plant mass that protects it and gives more privacy when using the part of the terrace. As it lacks a frontal view from the most frequented area, a double orientation has been sought for the façade. This double orientation is achieved thanks to the luminous sign, which acts as an attraction in both directions, on the one hand the adjacent park and on the other the promenade.

As the only limitation, Santiago asked us to keep the marble floor and the woodwork that the original rest possessed. This included all the paneling and moldings on the walls, pillars, facade and bar. All of these elements were restored, painted or replaced following the original pattern. The plaster ceilings were modified maintaining also the original forms and conserving the moldings of the walls, but adding acoustic panels and a wooden slatted ceiling that gives a new character to the interior of the restaurant. The new lighting fixtures hang from the wooden ceiling.

Wood works as a recurrent material throughout the interior, from the floor to the ceiling, including walls, pillars, lamps and even furniture, which is the original repaired. This treatment of materiality makes an interesting play of warm textures, transforming the dining room into a welcoming yet contemporary space, in contrast to the appearance of metallic and polymer materials in the facade. 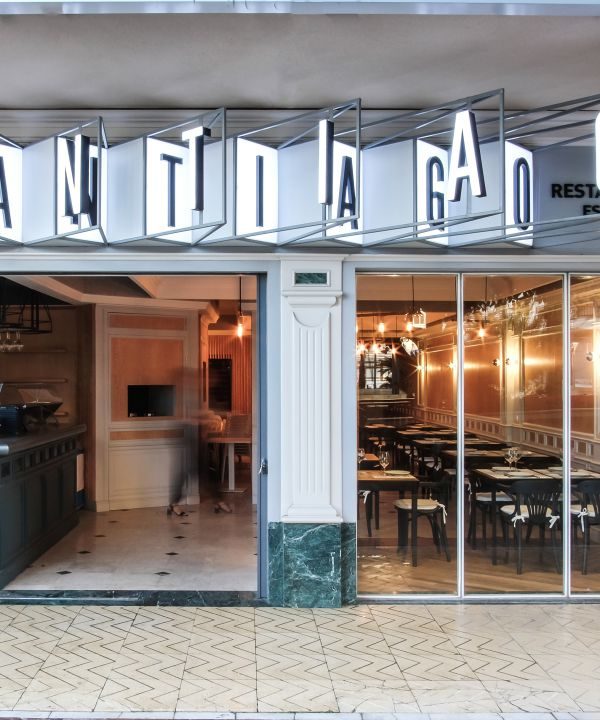 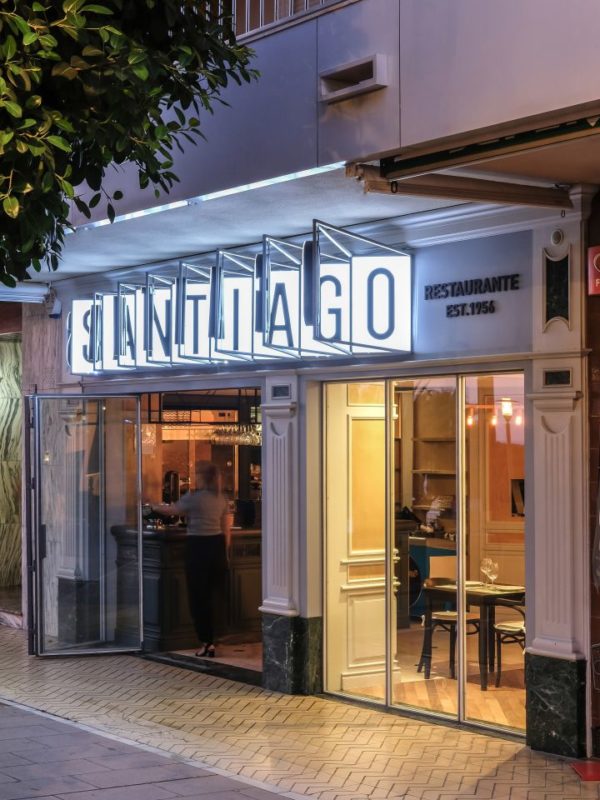 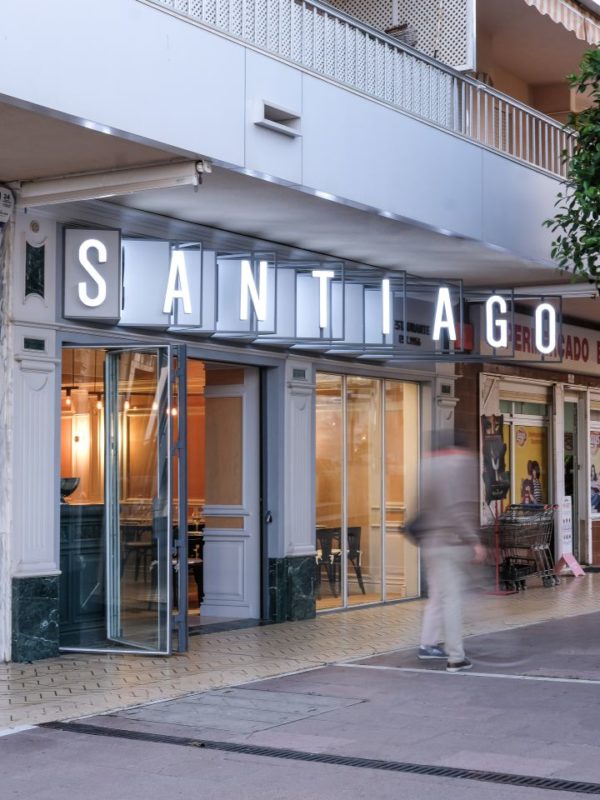 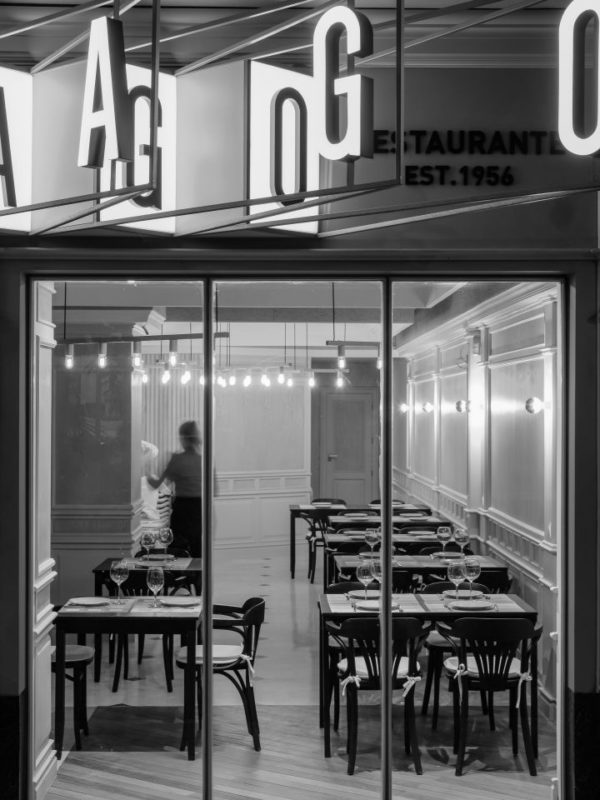 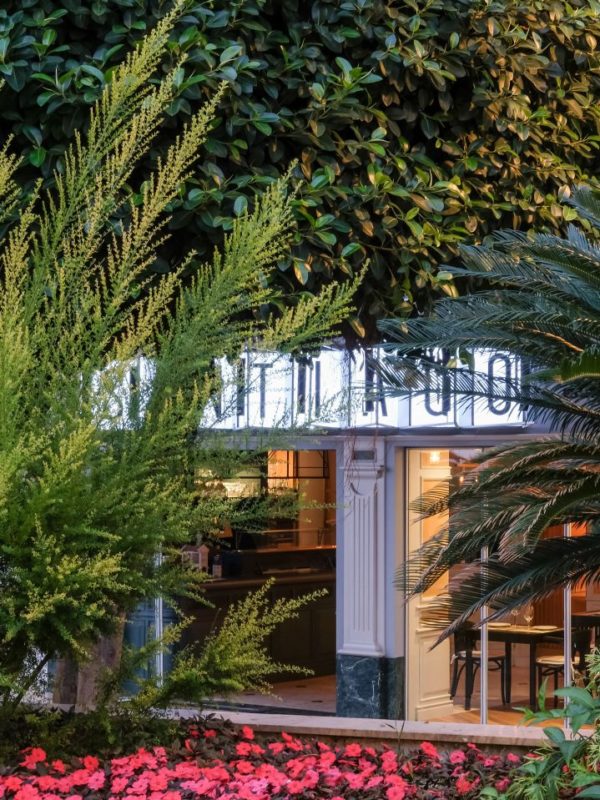 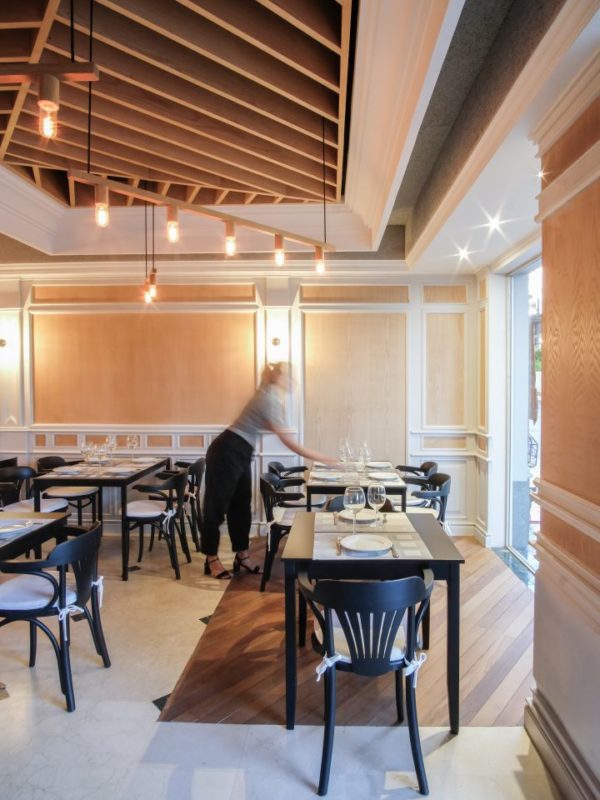 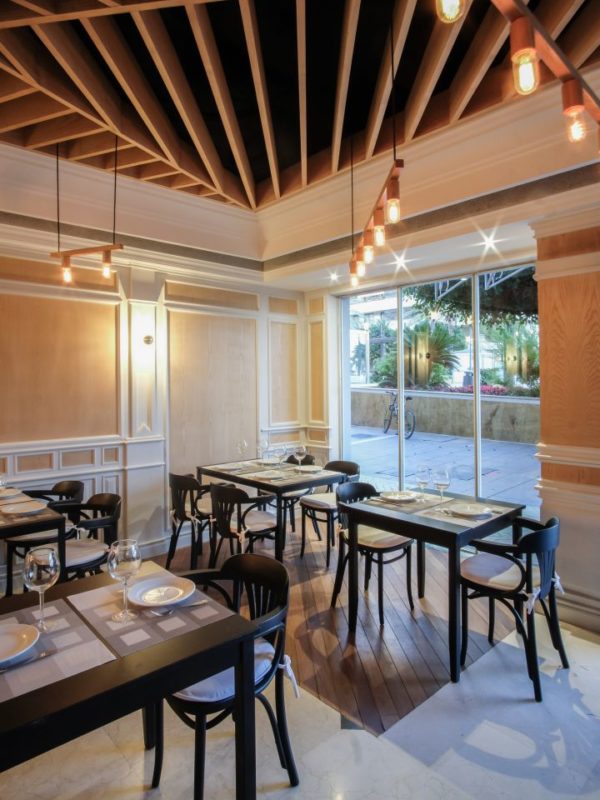 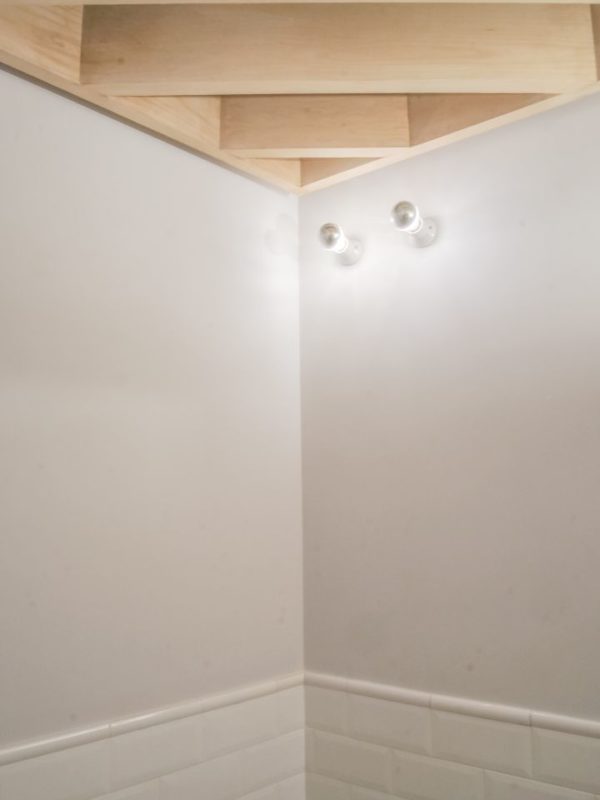 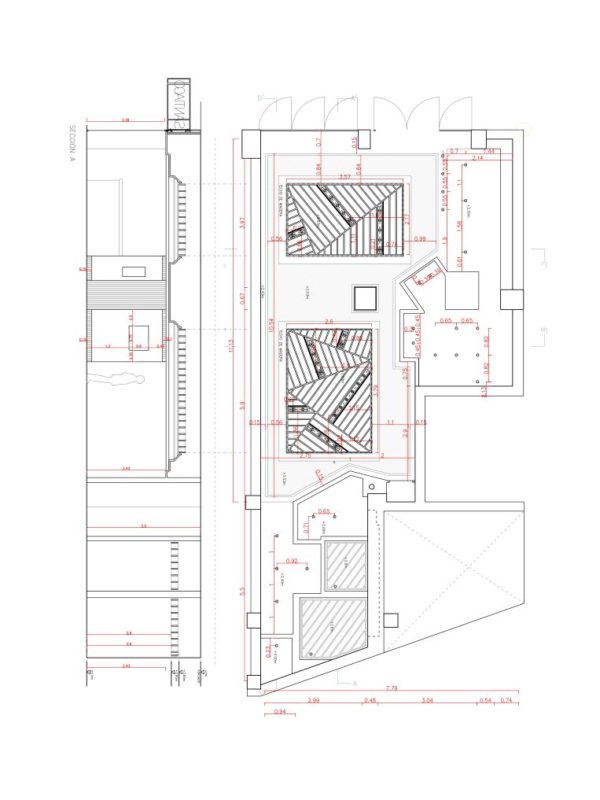 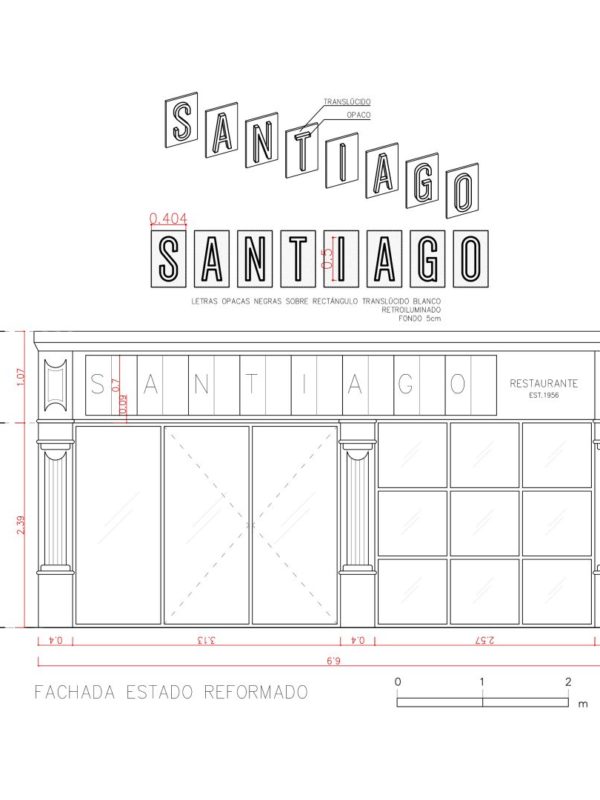 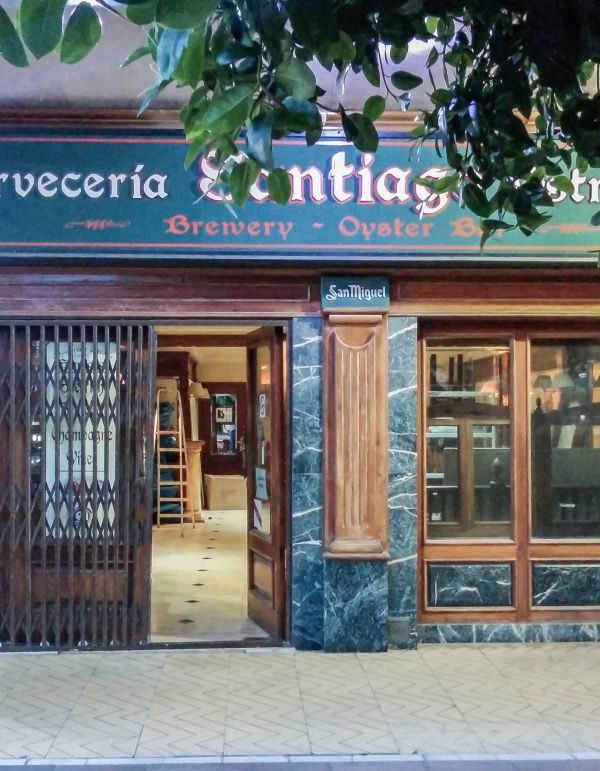 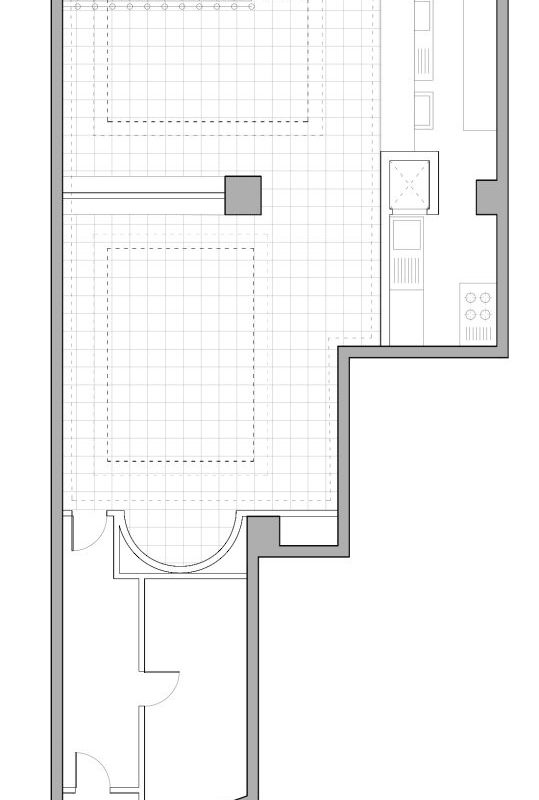 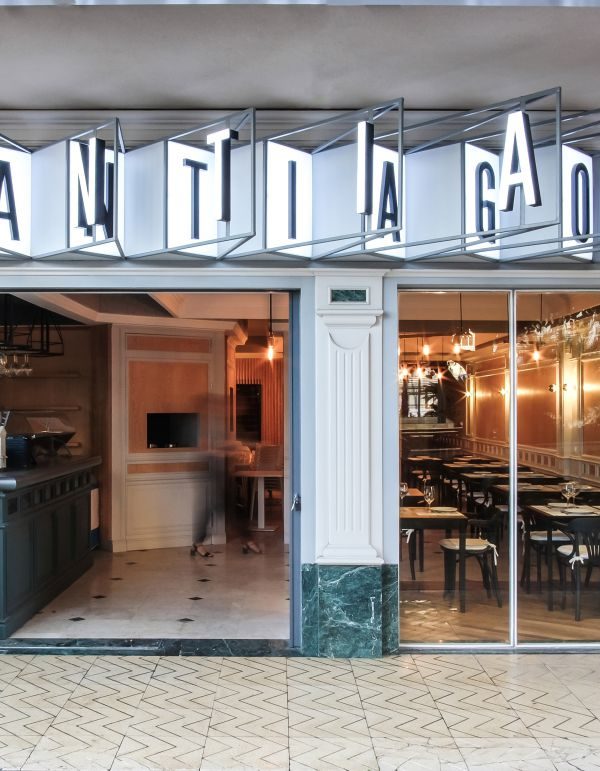 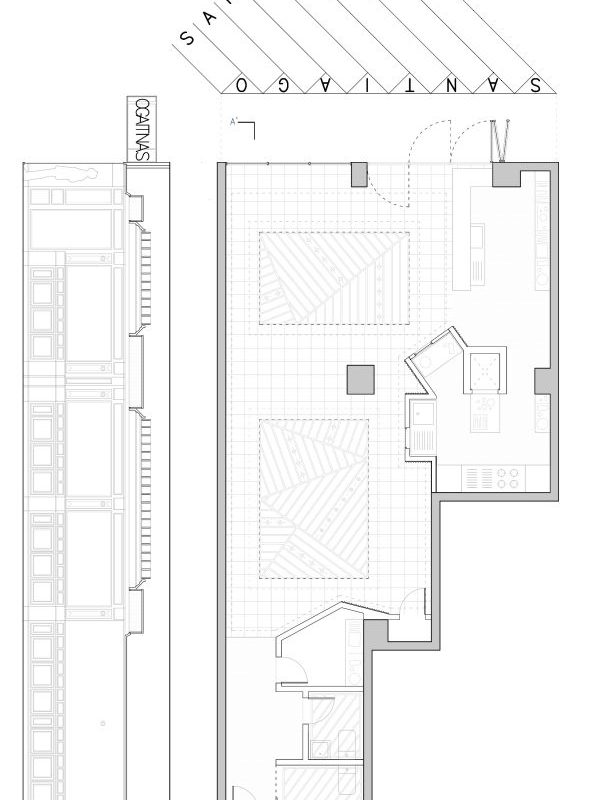